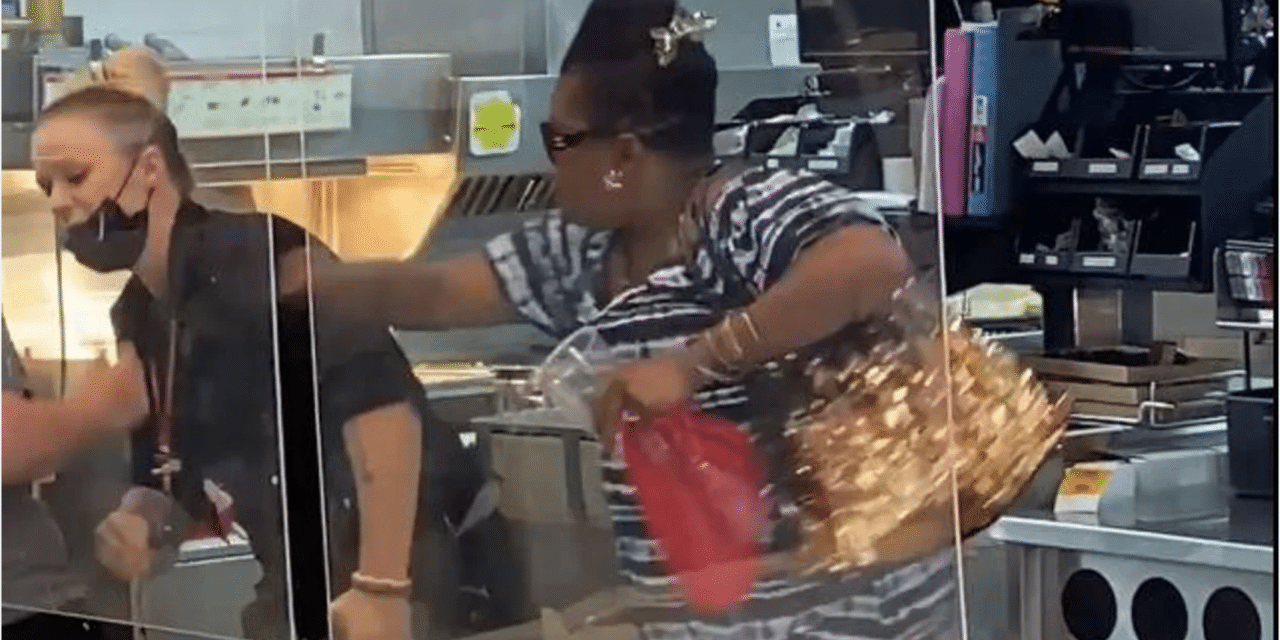 (OPINION) ETH – An Ohio woman went berserk on a pair of McDonald’s employees earlier this week in an incident that was caught on video. Police say the alleged perpetrator, 44-year-old Cherysse Cleveland, was apparently angry because the workers denied her request to mix slushie flavors together.

She is seen physically attacking the employees multiple times in a clip taken by a witness. Facebook user Brian Allen posted the video to the platform on Monday, writing in a message, “Craziness is out in full force, just saw this at Ravenna McDonald’s.” Allen’s video shows Cleveland behind the counter at McDonald’s, pushing two female employees as one calls for bystanders to call the cops and another asks her, “Are you crazy?”

That comment appeared to calm Cleveland for a brief moment. She replied with emotion, “Sorry, I’ve been up all day. I’m sorry.” But Cleveland has quickly triggered again and ripped the apparent supervisor’s mask off before running to the front of the counter to grab ice and returning behind the registers to attack one of the workers once again. That worker gets Cleveland on the ground and punches her several times. Police then arrive and place Cleveland in handcuffs. FULL REPORT