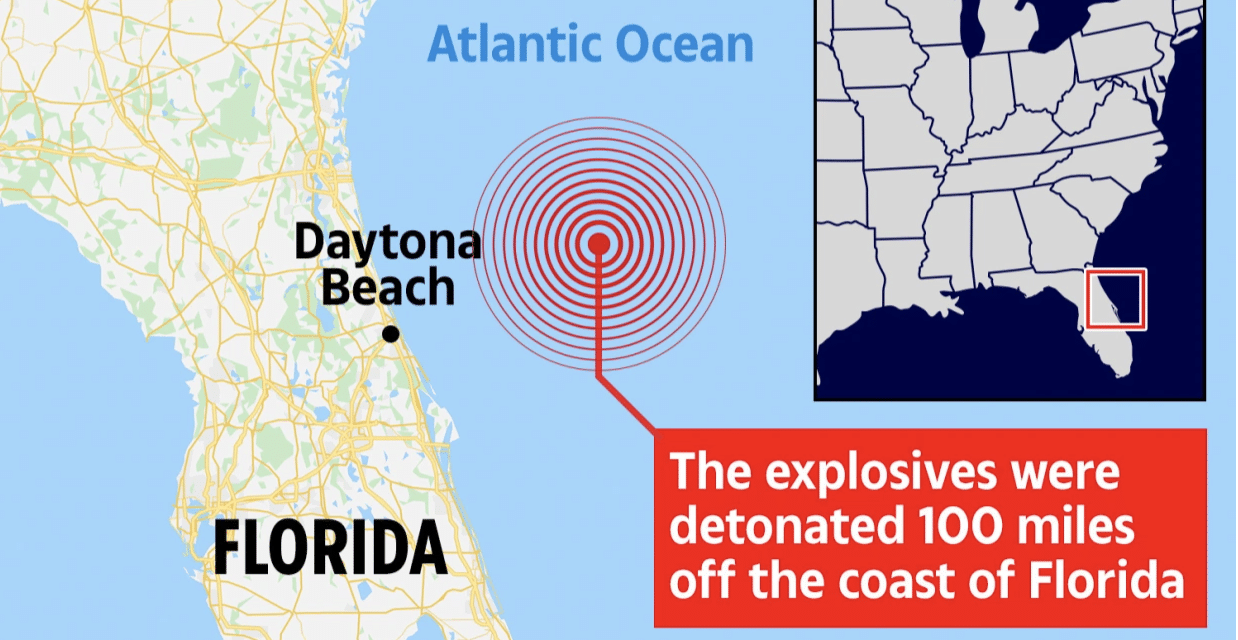 (ETH) – The US Navy detonated a mammoth 40,000lb bomb next to its OWN aircraft carrier – triggering an earthquake 100 miles away in Florida. Daytona Beach was shaken by a 3.9-magnitude quake during the USS Gerald R. Ford ‘shock trial’, confirms the U.S. Geological Survey.

The Navy blasted near its newest carrier with thousands of pounds of explosives in the Atlantic Ocean to simulate how the ship would perform in battle conditions. Aircraft carrier USS Gerald R. Ford (CVN 78) completed the first scheduled explosive event of full ship shock trials – and appears to have passed with flying colors.

The US Navy wanted to check its newest and most advanced carrier by detonating powerful explosions to determine whether the ship is ready for war. Images and video footage show an enormous burst of water shooting up from the ocean as a result of the 40,000-pound (18,144-kg) blast.

The US Geological Survey (USGS) said the explosion, which occurred off the Florida coast last Friday, registered as a 3.9-magnitude earthquake. It measured the seismic impact some 100 miles off the coast of Ponce Inlet, a town south of Daytona Beach. READ MORE