UPDATE: Church in Canada hit with over $200k in fines following police locking down building 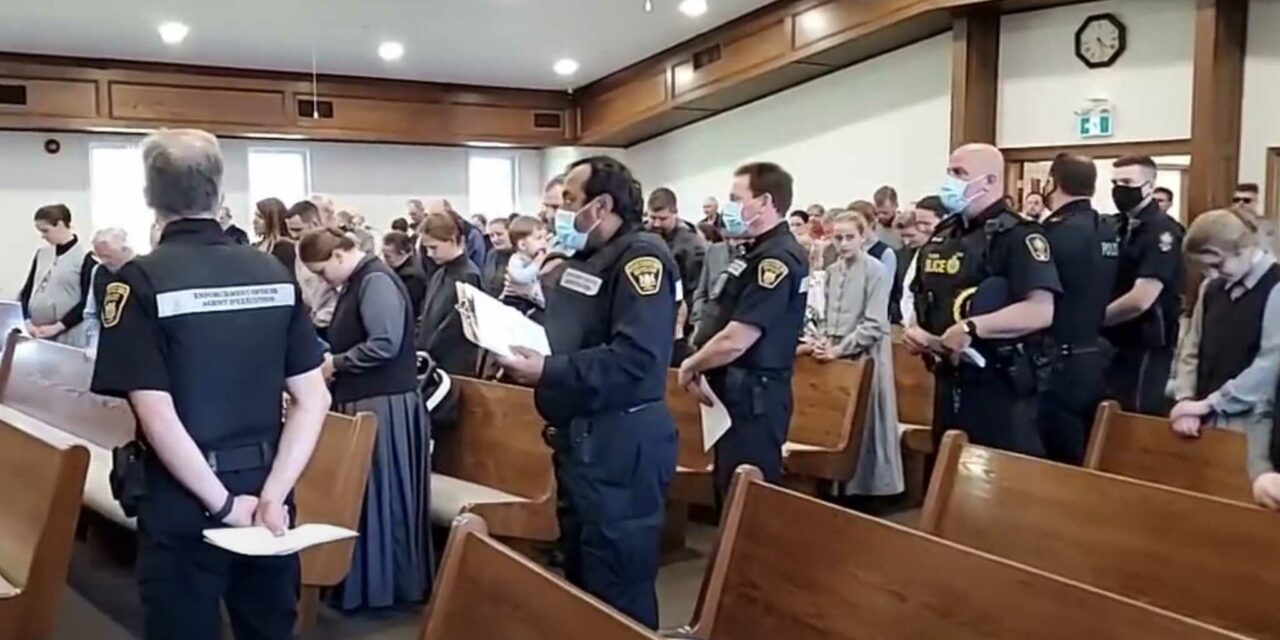 (ETH) – A small but controversial church in Ontario and its leaders are facing fines nearing $200,000 for continuing to hold worship services despite provincial stay-at-home orders.

The Church of God in Aylmer was slapped with $66,000 in new fines over the Memorial Day weekend for holding outdoor services weeks after a swarm of armed police officers interrupted a Sunday gathering, ordered congregants to leave the premises, and changed the locks on the building.

In April, Superior Court Justice Bruce Thomas ordered the conservative congregation to stop holding indoor worship services exceeding the limit of 10 people. When the judge found out the Church of God was violating his order, he fined them $100,000 and, on May 14, sent law enforcement officers to lock up the congregation’s facility, according to Global News.

When officers came into the sanctuary, the church members and Hildebrandt remained calm, even praying for the officers as they walked down the aisle toward the pulpit. In the three weeks since the worship center was locked by police, Aylmer law enforcement have charged the church for gathering outdoors for religious services, which were live-streamed online. Police believe the outdoor services have attracted some 400 attendees. READ MORE