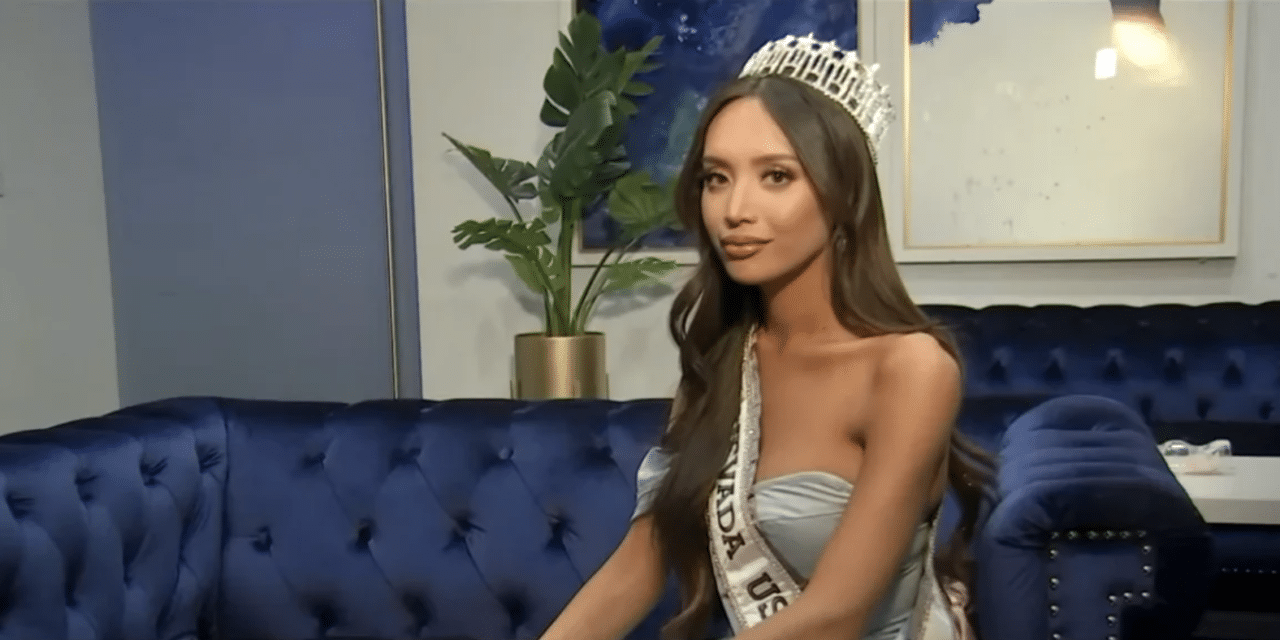 (TheBlaze) – On Sunday, 27-year-old Kataluna Enriquez, a biological male, beat out 21 female contestants to be crowned Miss Nevada USA. Enriquez will now move on to the Miss USA pageant, scheduled on Nov. 29. With a victory there, Enriquez would become only the second transgender contestant ever to compete for the Miss Universe title.

During the competition, Enriquez wore a homemade rainbow-colored gown to celebrate Pride Month and “honor all of those who don’t get a chance to spread their colors,” KVVU-TV reported. The news outlet boasted that by winning the pageant crown, Enriquez “is redefining what it means to be a woman and what it means to be beautiful.”

“I’ve learned to love myself, learned the beauty that’s inside me, learned to use my voice and the power that I have,” Enriquez said. “You are capable of anything as long as you believe in yourself.”

Enriquez started garnering national attention in March after winning the Miss Silver State USA pageant, a local competition in the Miss Universe Organization pageant circuit. The line of pageants, which were once owned by former President Donald Trump, are among the most revered competitions in the pageant world. FULL REPORT