The Worst Northwest Heatwave In History Is About To Hit, And A Plague Of “Voracious Grasshoppers” Has Now Begun 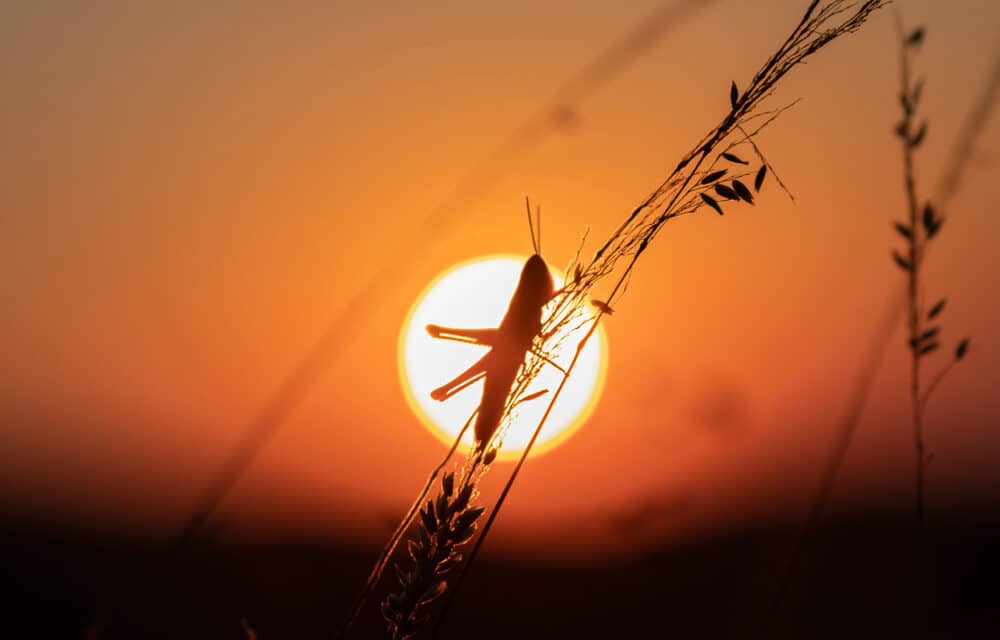 (OPINION) ETH – I know that headline may seem a bit over the top, but these things really are happening. We really are in the midst of a multi-year “megadrought” in the western half of the country, meteorologists really are warning that we could see the worst heatwave that the Northwest has ever experienced next week, and a plague of “voracious grasshoppers” has already started in some parts of the nation.

As I keep warning my readers, we live at a time when our world seems to be going nuts. Just when it seems like things can’t get any crazier, somehow they do. In this article, I am going to be focusing on weather conditions, but next week I will almost certainly be writing about something else that has gone totally haywire.

These are not “normal times”, and we need to stop treating them as such. Let me start by discussing the dreadful heatwave that is about to slam into the Northwest. Accuweather is actually using the word “unprecedented” to describe it… A heatwave of unprecedented magnitude and duration is forecast to grip the Pacific Northwest this weekend and bring dangerously high temperatures that could make life miserable into next week for a region where air conditioning is not a fixture in most households.

Triple-digit temperatures are forecast throughout parts of Oregon and Washington, which includes the Interstate 5 corridor. Both Portland, Oregon, which could see the mercury crack the 110-degree mark, and Seattle, which is expected to top 100, could experience temperatures around 30 to 40 degrees above normal and challenge daily record highs.

To most of my readers, a high temperature of 100 degrees in Seattle may not sound that dramatic, but the truth is that the city has only seen the temperature reach triple digits three times before… Historically, Seattle has only seen 100-degree temperatures in June once, on June 9, 1955, while touching triple-digits on three occasions in total.

By Sunday or Monday, the region will see what the NWS labels “unprecedented record-breaking heat,” with a chance that Seattle sees its hottest recorded day of all time for any month. But of much greater concern is what we could see in some of the other cities in the Northwest.

In Missoula, the high temperature is supposed to reach 105 degrees on Tuesday.

In Spokane, the high temperature is supposed to reach 110 degrees on Tuesday.

In Portland, the high temperature is supposed to reach 113 degrees on Sunday.

In Yakima, the high temperature is supposed to reach 113 degrees on both Monday and Tuesday.

Throughout all of next week, it is expected that high temperatures will shatter existing records all over the region. What many people may not realize is that vast numbers of people in the Northwest do not have any air conditioning in their homes because most years it is simply not needed. READ MORE