SIGNS IN THE HEAVENS: Ring of Fire Solar Eclipse seen from New York to Asia 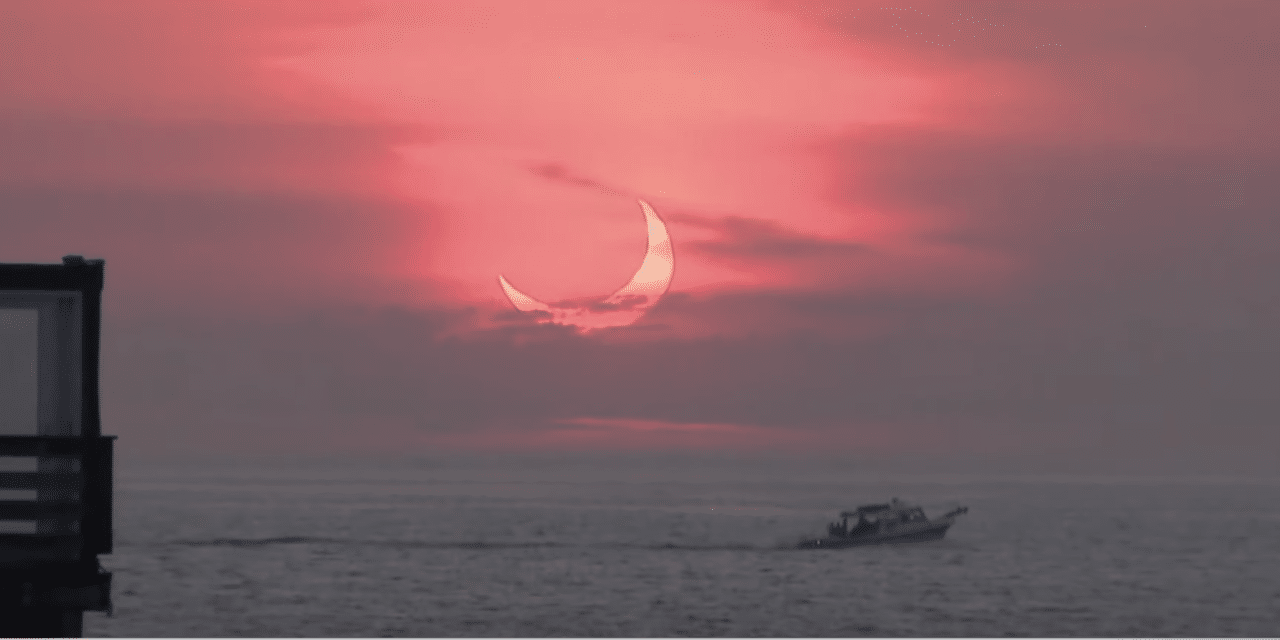 (ETH) – Some early risers in the northern hemisphere may have been lucky enough to see a rare eclipsed sunrise known as the “ring of fire” Thursday morning. Skywatchers from New York to parts of Asia were able to see the ring-shaped or partial eclipse of the sun.

The eclipse began in Ontario, Canada at sunrise and ended in southeastern Siberia. The “ring of fire” lasted for about an hour and 40 minutes and was only partially seen by people in the U.S.

A solar eclipse happens when the moon moves in between the sun and the Earth, blocking partially or entirely the sun’s light. During a annular or partial eclipse, parts of the sun’s light can be seen and illuminates a ring of light or “ring of fire.”

The “ring of fire” solar eclipse comes 15 days after the super flower blood moon that was visible for about 15 minutes in some western parts of the U.S. The next total eclipse in the U.S. will be April 8, 2024 and will could be seen in cities including Dallas and New York. READ MORE