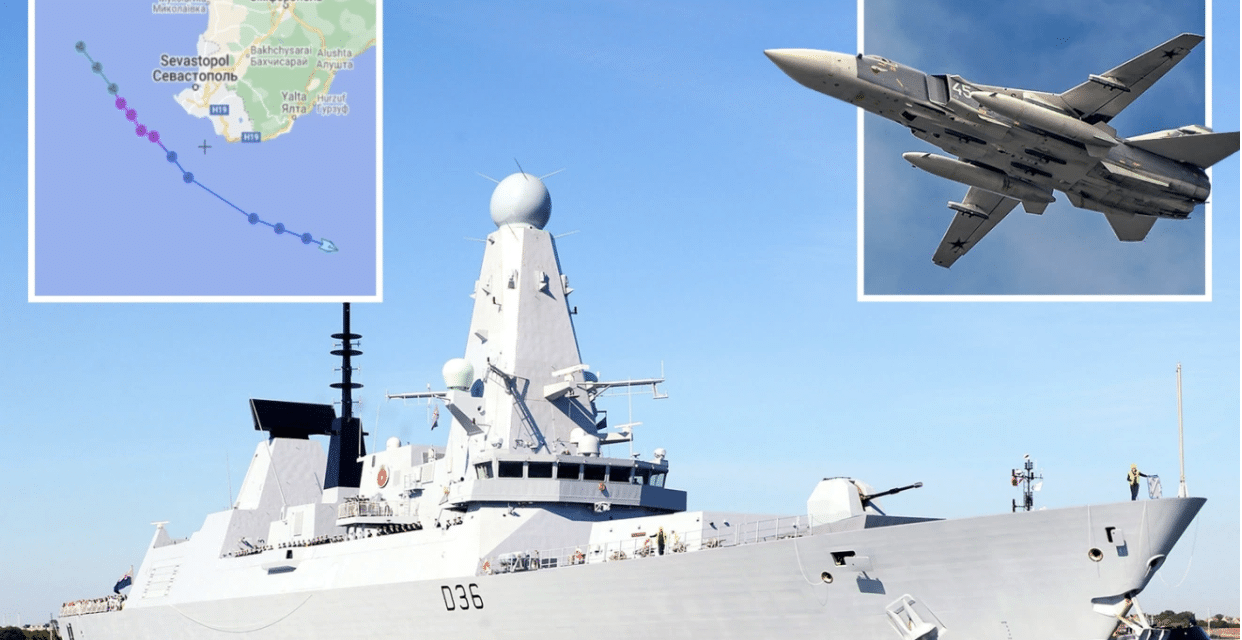 (ETH) – Russia has boasted it dropped bombs and fired warning shots towards a British warship – but UK defense officials deny the incident ever happened. Moscow claimed a Russian patrol ship and warplane were scrambled after Royal Navy destroyer HMS Defender crossed into its territorial waters near Crimea in the Black Sea.

The Ministry of Defence however outright denies the claims – and stated the 8,500-ton warship was simply conducting an “innocent passage” through Ukrainian waters.

It is the latest clash between the West and Russia in the Black Sea, which has been the staging ground for numerous confrontations between warships and warplanes.

Defence Secretary Ben Wallace said: “This morning, HMS Defender carried out a routine transit from Odesa towards Georgia across the Black Sea. “As is normal for this route, she entered an internationally recognized traffic separation corridor. She exited that corridor safely at 0945 BST.

“As is routine, Russian vessels shadowed her passage and she was made aware of training exercises in her wider vicinity.” However, Russian state media reports a much more dramatic version of events in the latest war of words between London and Moscow.

Putin’s defense ministry claims the Type-45 crossed Russia’s maritime border near Cape Fiolent at 11.52 am local time and was warned to stand down. The 500ft destroyer is alleged to have kept its course and a Russian border patrol vessel opened fire twice – once at 12.06 pm and again at 12.08 pm. And then it’s claimed a SU-24 fighter jump dropped four warning bombs in the direction of the vessel. READ MORE