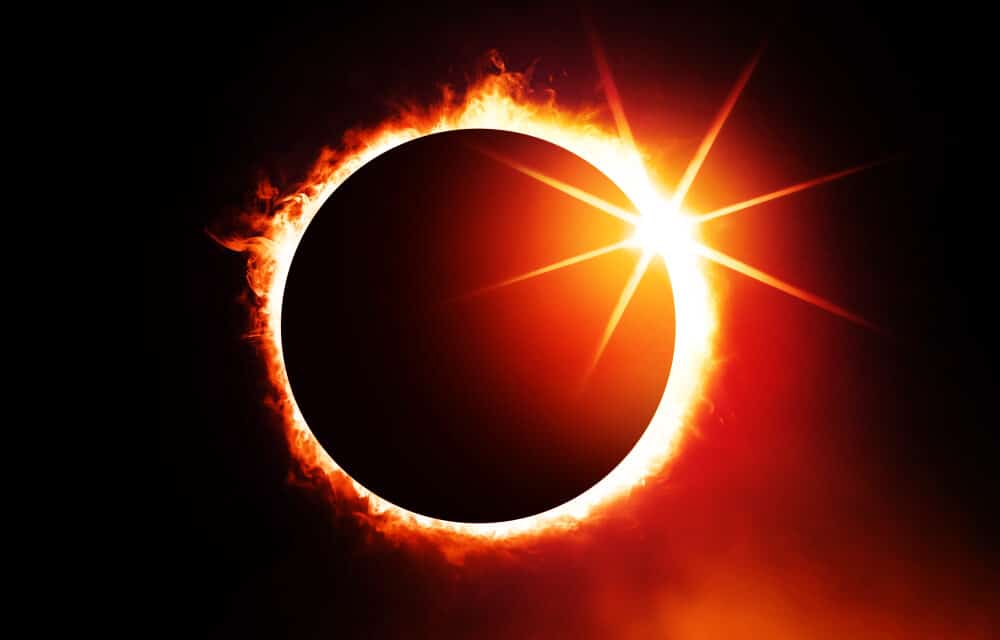 (OPINION) ETH – Days after people were treated to the magnificence of a super blood moon, another celestial phenomenon is just around the corner. Stargazers will get to witness a “ring of fire” annular solar eclipse on June 10.

The rare sight will be visible from parts of Russia, Greenland, and northern Canada. And weather permitting, residents in parts of Northern Asia, Europe, and the U.S. will see a partial eclipse, according to TimeandDate.com. Skywatchers can view the eclipse for about 3 minutes and 33 seconds but are encouraged to wear special lenses for eye protection.

‘Super Blood Moon’ to Be Followed by a ‘Ring of Fire’ – Here’s What the Bible Says About Celestial Phenomena. CBC Senior Science Writer Nicole Mortillaro explains that “The moon is 400 times smaller than the sun, but it’s also 400 times closer, so what happens is the moon fits just perfectly over the disc of the sun, and that’s when we get a total solar eclipse.

But an annular solar eclipse happens when the moon is just a little further away and it doesn’t cover the disc of the sun quite perfectly, and so we kind of have that little ring of fire around it.” Celestial events like blood moons and solar eclipses have clear scientific explanations, but there could also be a spiritual significance behind them. The Bible talks about signs in the heavens quite a few times, especially related to the moon and sun. READ MORE