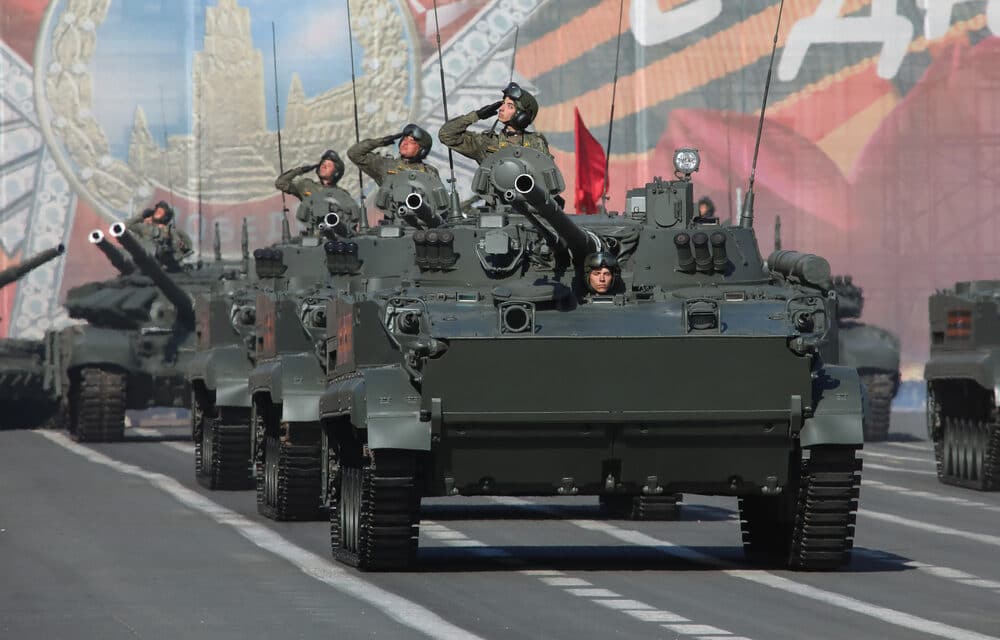 (ETH) – Vladimir Putin’s forces have been spotted hunting an “enemy submarine” with 20 surface ships, submarines, and support vessels all playing their part in the largest scale naval exercise since the fall of the Soviet Union.

The Russian president will meet US counterpart Joe Biden on June 16 amid simmering tensions over his country’s involvement in Ukraine, election meddling, spying, and more. But Putin was not afraid to show his military might just days before the meeting.

A total of 20 warplanes took to the skies, including Tu-142M3 long-range anti-submarine aircraft, MiG-31BM high-altitude interceptor fighters, and a selection of other aircraft belonging to Russia’s Aerospace Force, according to TASS. In a video put out by Russia’s ministry of defense, the fleet can be seen in pursuit of and “driving out” a mock enemy submarine.

“During the exercise, the crews of the Pacific Fleet’s warships fired from the automatic naval gun mount AK-630 and the universal naval artillery A-190,” said a Moscow defense ministry statement. The search and tracking of the mock enemy’s submarines were carried out by the large anti-submarine ship Admiral Panteleev equipped with guided-missile weapons, the frigate Marshal Shaposhnikov and three corvettes reported Sputnik. FULL REPORT

Meanwhile, China’s air force sent 28 aircraft close to Taiwan, the largest sortie this year, further ratcheting up military pressure on the government in Taipei as it seeks to strengthen ties with the US.

Chinese military aircraft have frequently entered the southwest part of Taiwan’s ADIZ over the past year as the PLA has steadily picked up military activity around the democratically-ruled island.

Washington and Beijing have been issuing warnings to each other regarding Taiwan since President Joe Biden took office in January, adding to tensions that increased steadily during the Trump administration. China claims Taiwan as part of its territory and has repeatedly threatened to take control of the island through military intervention. FULL REPORT