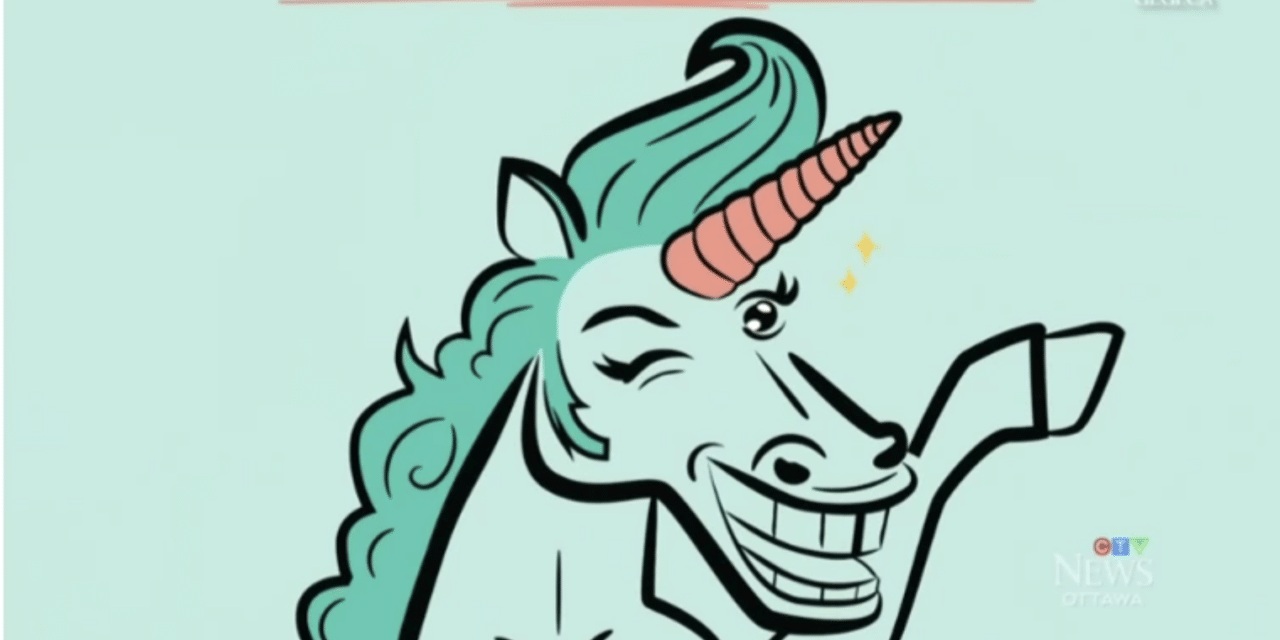 (ETH) – A “nonbinary” cartoon unicorn whose name is a slang term for vagina is being used to teach children in Canada about gender identity, training them to be trans activists.

Named “Gegi,” the unicorn is a new virtual resource that teaches students about the rights at schools in Ontario, the most populous Canadian province. The mythical creature was created by two Ontario academics: Lee Airton, a professor of gender and sexuality studies in education at Queen’s College in Kingston, and Kyle Kirkup, a professor at the Faculty of Law at the University of Ottawa, according to CTV-Ottawa.

“Gegi brings together publicly available information like school board policies, definitions of grounds of human rights protection and translates them so that anyone can find them and understand them,” Airton said in an interview with CTV.

The unicorn’s name is an acronym for “gender expression” and “gender identity,” and, as CTV noted, the fictional character is “nonbinary,” meaning that it doesn’t identify as either male or female, which the schools claim is how many students also identify themselves.

Ironically, the word gegi, according to Urban Dictionary, is a derogatory slang term that refers to female private anatomy. The Gegi website, which targets children, contains a variety of recommendations about bathroom use, including scrapping all signs designating public facilities as accommodating either boys or girls in favor of an “all-gender washroom” symbol. READ MORE