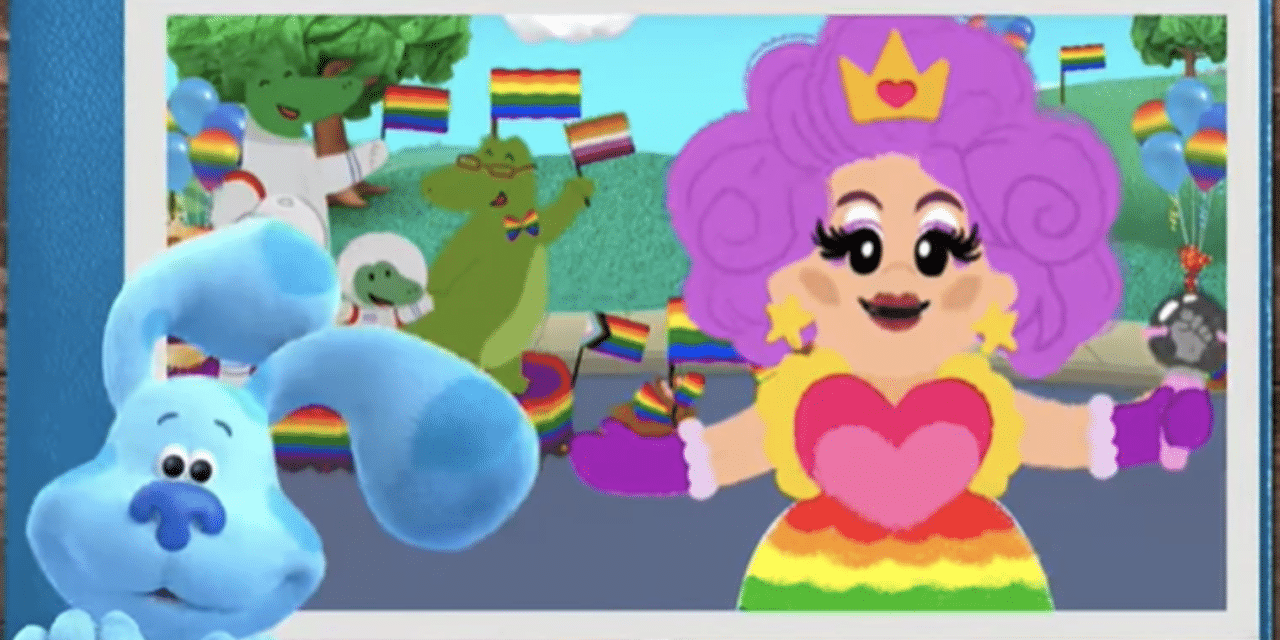 (OPINION) ETH – Child advocates are speaking out against what they say is a “predatory” and disturbing new video released by the Nickelodeon kid’s program “Blue’s Clues & You!” that takes place at a Pride parade and includes many forms of sexuality and gender expression.

The parade is emceed by an animated version of drag performer Nina West, a beloved “RuPaul’s Drag Race” contestant from season 11. The video features a sing-along in which West’s animated character is shown singing to the melody of “The Ants Go Marching.” The lyrics were changed to fit the LGBTQ theme. The video was released online days before LGBT Pride Month begins in June.

Full of waving rainbow and other striped flags and banners, the video features many LGBT themes, including families with two moms, two dads, trans-identified members, “ace, bi, and pan” parents. “Love is love is love you see, and everyone should love proudly,” West sings. “Allies to the queer community can love their friends so proudly,” West adds.

The display also featured a group of beaver characters. One of the beavers wore a transgender pink-and-blue-striped armband and what online commenters say appears to be scars on its chest, presumably because of a cosmetic double mastectomy. Critics of the video noted how flagrantly gender confusion and sexualized themes were targeted at young children.

“That Blue’s Clues has decided to add sexuality and gender material to its programming is both disappointing and disturbing,” said Maria Keffler, author of the book Desist, Detrans, & Detox: Getting Your Child Out of the Gender Cult and the co-founder of the recently-formed Partners for Ethical Care, in an email to The Christian Post Monday. READ MORE