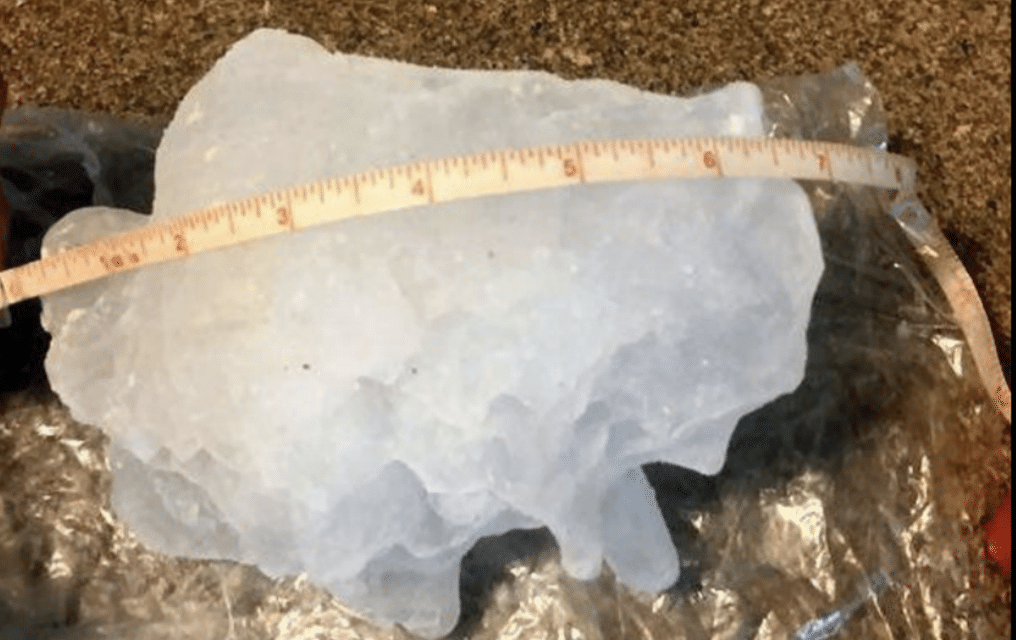 (SS) – A huge hailstone that fell during an April thunderstorm is officially the largest in Texas history, according to officials. The National Oceanic and Atmospheric Administration announced Thursday that a 1.26-pound hailstone retrieved April 28 near Hondo, west of San Antonio, is the biggest recorded in the state.

The storm caused serious damage along U.S. Highway 90. The first “gargantuan” hailstone reported to the National Weather Service and local media dropped south of the highway. But experts never got a chance to officially measure this hailstone because it was “ultimately used for margaritas,” a NOAA report says.

Analyzing a photo of the hailstone from before it was consumed, Penn State University meteorology professor Matt Kumjian used “photogrammetry” to estimate the diameter was between 6.27 and 6.57 inches. READ MORE