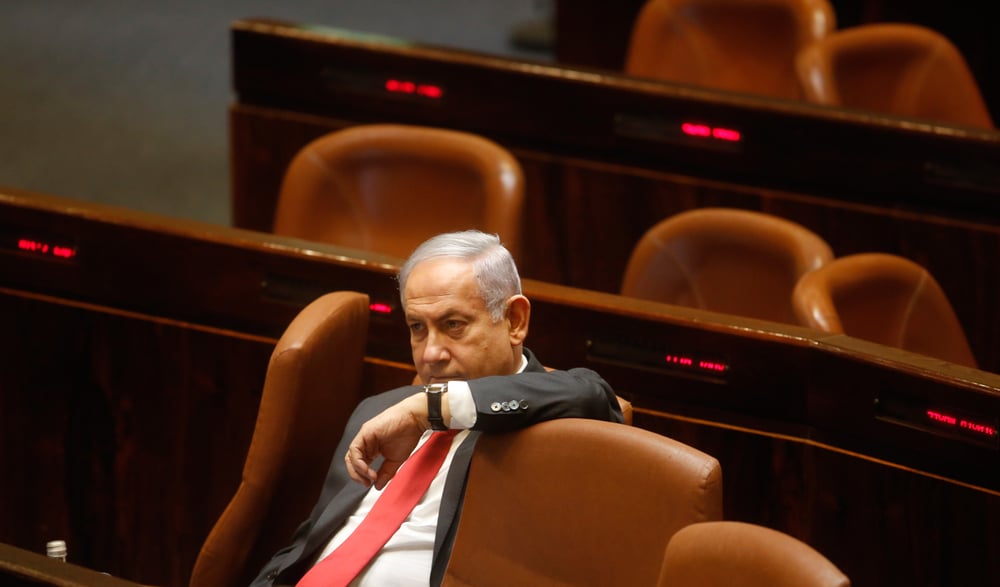 As a parting shot, he cited a verse in Psalms with a hidden meaning highlighting the partisan duplicity of Naftali Bennett, comparing the new government to the Biblical hotbed of evil, Sodom. “I stand here on the merit of millions of citizens who chose the path of standing proud and not the path of submission,” Netanyahu said in the opening of his speech.

“I stand here as a public emissary chosen by more than one million Israelis who voted for Likud under my leadership and another million who voted for right-wing parties, knowing that they would be part of a government headed by me.” Netanyahu went on to list the accomplishments of the government under his leadership which, after a total of almost 15 years, was quite extensive.

After warning of the dangers of the Biden administration returning to the Joint Comprehensive Plan of Action (JCPOA), known as the Iran deal, Netanyahu further warned that the formation of the recent coalition boded ill for such existential threats to Israel. “I heard what Neftali Bennett said on this matter, and now I am infinitely more worried,” Netanyahu said. “Bennett always does the opposite of what he says, of what he promises.

He’ll fight Iran like he won’t sit with Yair Lapid and Mansour Abbas, and Labour.” Netanyahu spent much of his farewell address slamming the new prime minister. Bennett ran on a right-wing platform but in order to form a coalition, he joined with Yesh Atid, a left-wing party led by Yair Lapid, and the Joint Arab List headed by Mansour Abbas. READ MORE