Mysterious spiral appears in skies over the Pacific Ocean 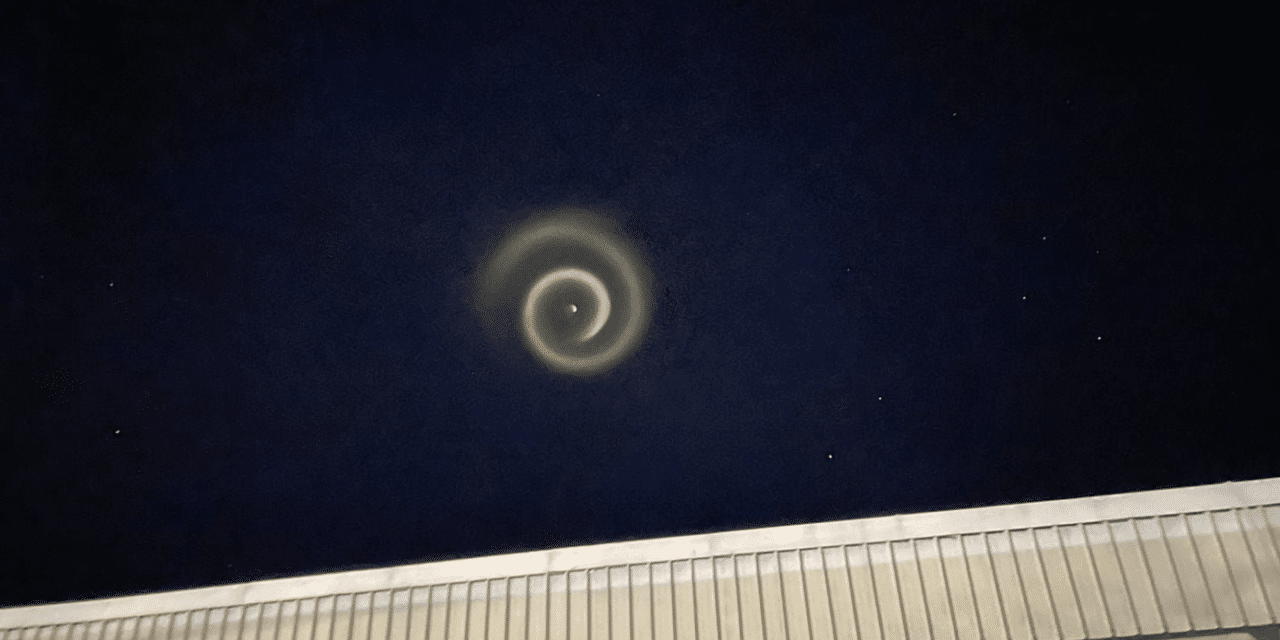 (ETH) – What is that again? A strange and puzzling spiral in the skies captured by hundreds of skywatchers across the Pacific Ocean. People across the South Pacific islands, including New Caledonia, Tokelau, Samoa, and Fiji, all reported spotting the same spiral phenomenon in the skies on Friday night, June 18.

The spectacular spiral formation baffled viewers, who recorded video and photographs of it and took to social media to share what they saw. This is very similar to what occurred in Norway a few years back… What do you think? Footage posted on social media shows the spiral shape expanding in size over a matter of seconds, before eventually vanishing in the night sky. According to New Caledonia’s Astronomy Association, the culprit was a Chinese rocket that took off from Xichang launch center on Friday.

“Jonathan McDowell, an American astronomer who lists all maneuvers and orbital launches on the planet, has confirmed it was the second floor of a Chinese Long March 2 C rocket, which took off June 18 at 06 h25 UTC from Xichang launch center, with 4 satellites on board,” Association Calédonienne d’Astronomie posted on Facebook.

“Amaury Bellee, who contacted him, explains: ‘After completing its mission, the floor would have expelled his fuel (from UDMH and nitrogen peroxide) to passivate, i.e. avoiding it exploding into orbit due to the residual pressure in the tanks. This is the phenomenon you’ve been observing.’” READ MORE