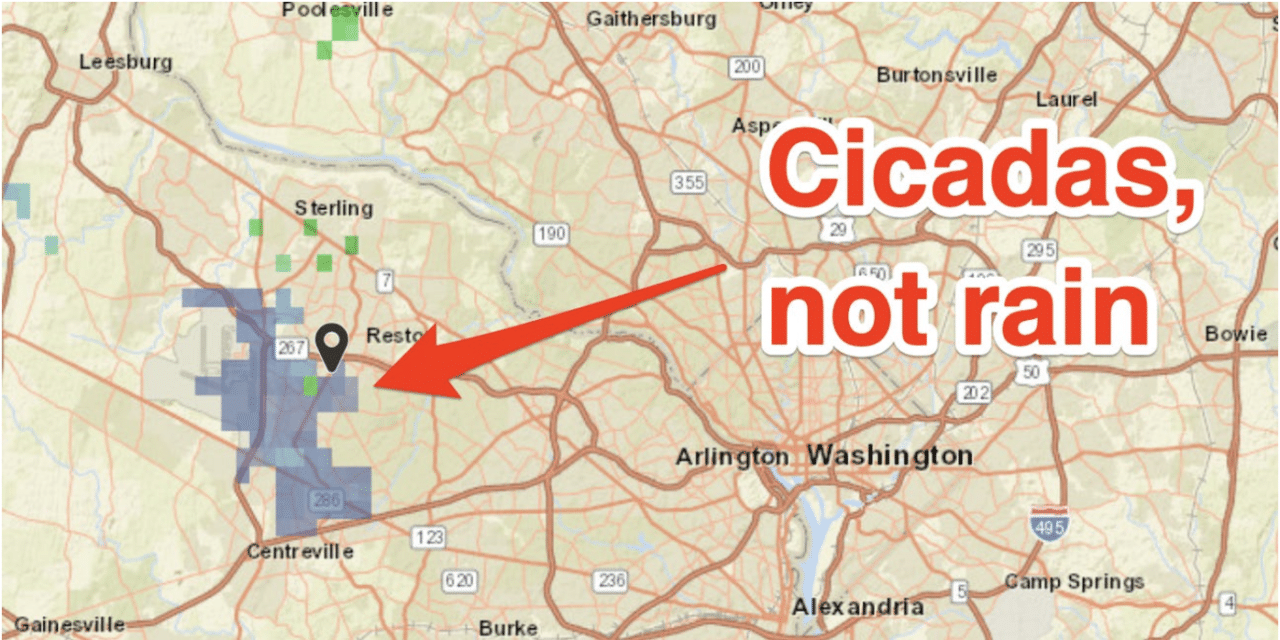 (ETH) – The 17-year “Brood X” cicadas are hatching in such high numbers that they’re being picked up by weather radar in Virginia. “THIS is not rain, not ground clutter,” NBC meteorologist Lauryn Ricketts tweeted on Monday.

“So likely CICADAS being picked up by the radar beam,” Pallozzi said the NWS has a weather radar located in Sterling, Virginia, in the same region as the radar map that Ricketts posted, and explained that the beams the radar devices send out rise the further they travel from the machine.

So the beams are picking up the newly emerged cicadas on the ground near the Sterling radar, but fewer and fewer cicadas are identified as the beam’s height increases away from the ground, which is why the blip on the map is so close to the radar itself, Pallozzi said.

The NWS’ Baltimore-Washington account tweeted on Saturday that local radar was reporting “a lot of fuzziness” that it attributed to cicadas. While the cicadas are populous enough for weather radar to notice them, Pallozzi said it’s easy for any meteorologist to discern the difference between weather events and cicadas due to the “Hydrometeor Classification Algorithm.” READ MORE