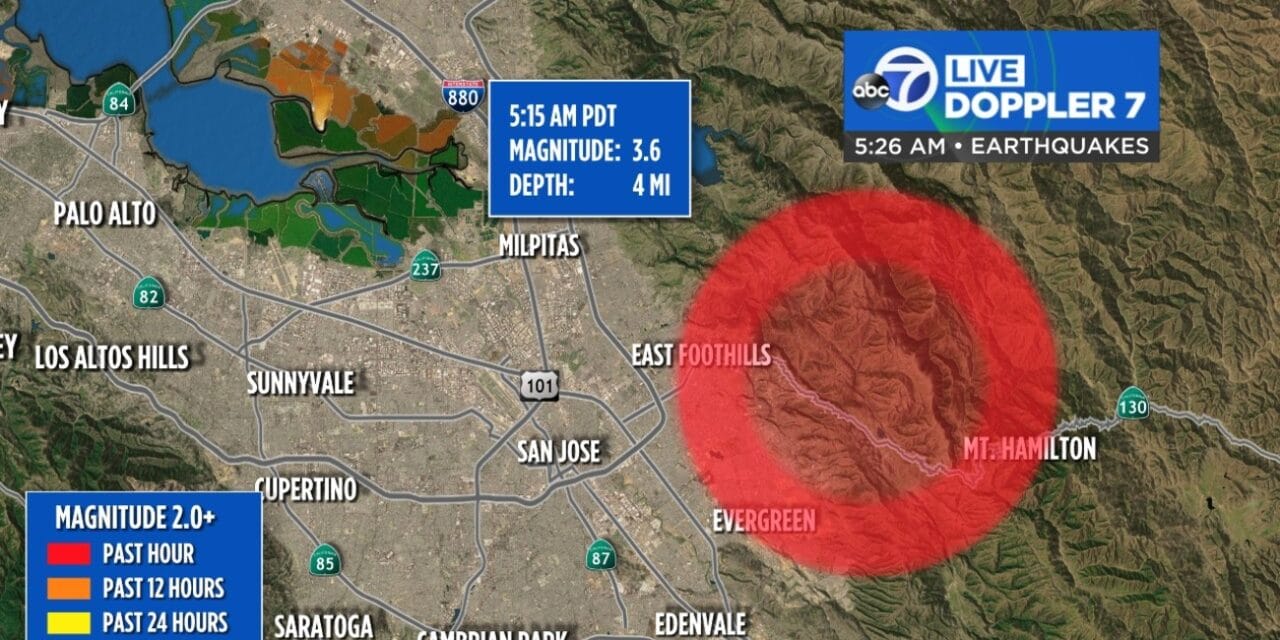 (ETH) – Residents across San Jose, California was awakened by a magnitude 3.6 earthquake on Thursday morning, the U.S. Geological Survey reports.

The 3.7-mile deep quake hit at 5:15 a.m. Pacific time, according to the USGS. Dozens of people from as far away as Oakland and San Rafael reported feeling the tremor to the agency.

“Well, that’s one way to wake up!” read one Twitter post. “Earthquake in San Jose. Anyone else can’t go back to sleep?” “Did anyone else in san Jose California feel the earthquake? it was so big and shook my whole bed, it was very scary.

Scarier than most earthquakes,” read another Twitter post. Magnitude measures the energy released at the source of the earthquake, the U.S. Geological Survey says. It replaces the old Richter scale. MORE