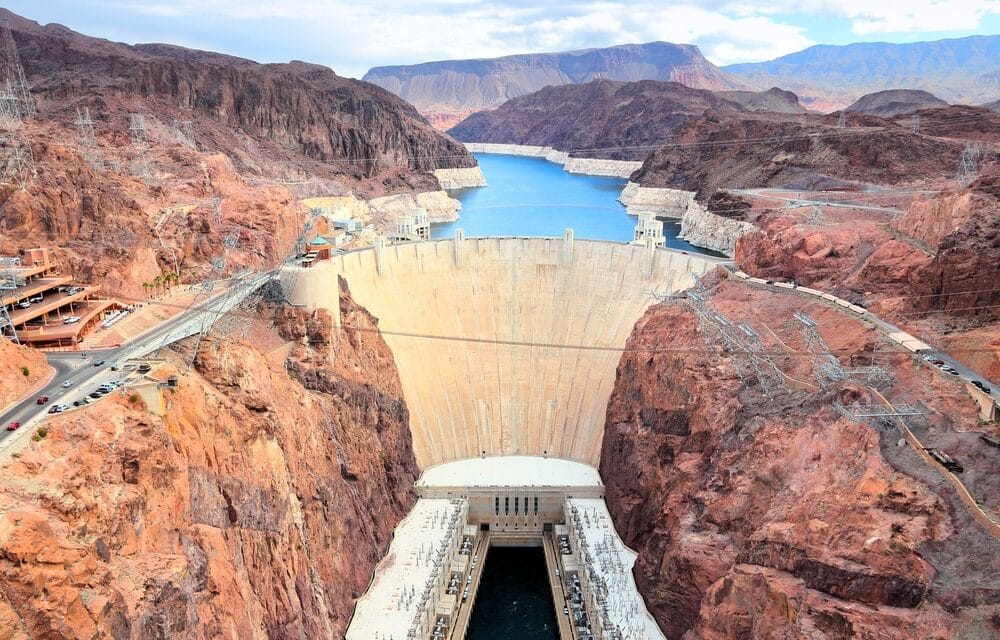 (ETH) – A crippling drought in the western US is dropping the water level at Lake Mead and the Hoover Dam to a historically low level, putting pressure on the region’s drinking water supply and the dam’s electric capacity.

By Thursday, Lake Mead’s water level is expected to sink to the lowest it’s been since it began filling during construction of the Hoover Dam, according to Bureau of Reclamation spokeswoman Patricia Aaron. “Lake Mead will most likely hit elevation 1,071.61 (feet) on Thursday, June 10.

That will match the previous lowest elevation on record since the 1930s,” Aaron said. Lake Mead and the Hoover Dam straddle the Arizona-Nevada state line along the Colorado River, about 35 miles southeast of Las Vegas. The river provides drinking water to Arizona, Nevada, and part of Mexico. The dam generates electricity for parts of Arizona, California, and Nevada.

While the lake’s water level is expected to reach a new low this week, it won’t be the bottom. “We anticipate the elevation of Lake Mead to continue to decline until November 2021,” Aaron said. Parts of the West and the Intermountain West have been in near continual drought conditions for decades.

The Intermountain West is the area between the Rocky Mountains and Cascade Mountains in the Pacific Northwest and the Sierra Nevada Mountains in California. “Some years are better than others and not in all places at all times, but the region has never fully recovered with enough rainfall and snowfall to erase the deficit,” CNN meteorologist Brandon Miller said. READ MORE