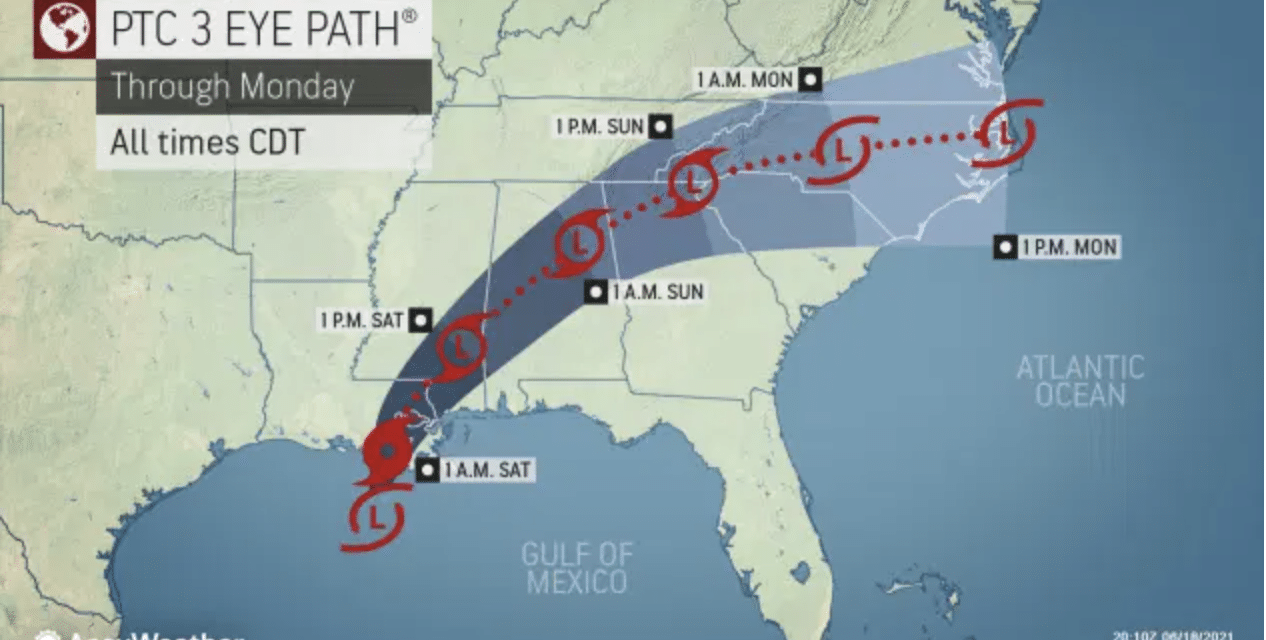 (ETH) – Less than three weeks into the season, the Gulf Coast of the United States was bracing for its first significant impact of the 2021 Atlantic hurricane season on Friday.

Tropical storm warnings were plastered along the coast from southwestern Louisiana to the far western Florida panhandle, and AccuWeather meteorologists continued to warn that tropical storm conditions will arrive on Friday, well in advance of the storm’s arrival along the coast Friday evening or early Saturday morning.

Precipitation from the system moved into New Orleans and other areas along the central Gulf Coast on Friday morning. The system, which the National Hurricane Center (NHC) dubbed Potential Tropical Cyclone Three late Thursday afternoon, is expected to strengthen into Tropical Storm Claudette before landfall occurs along the Louisiana coastline Friday evening or early Saturday morning.

AccuWeather forecasters have rated the budding cyclone a 1 on the AccuWeather RealImpact™ Scale for Hurricanes due primarily from the projection of flooding rainfall. As of late Friday afternoon, the system was moving over the western Gulf of Mexico to the north at 16 mph, and had sustained winds of 45 mph. Winds were above the tropical storm threshold of 39 mph, but the storm had not yet developed a closed circulation. According to the NHC, the weather system was 125 miles south of Morgan City, Louisiana. READ MORE