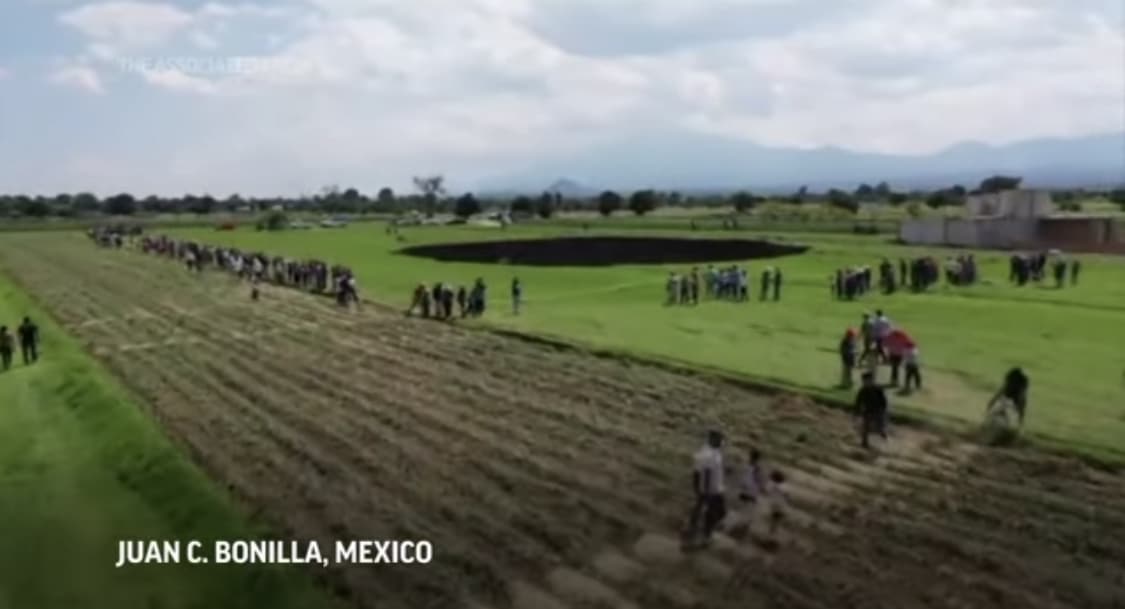 (ETH) – A huge sinkhole some 200 feet in diameter has appeared in farmers’ fields in central Mexico, threatening to swallow a nearby house.

The sinkhole is situated in Santa María Zacatepec, Puebla state, and is around 65 feet deep, said state governor Miguel Barbosa Huerta at a press conference Monday.

Barbosa said the family that lives close to the sinkhole has been evacuated. No one has been injured so far, but the governor warned local residents to stay away from the area.

The sinkhole measured five meters in diameter when it first appeared then grew quickly in just a few hours, according to Beatriz Manrique, environmental secretary for the Mexico region.

“We think that it might be a combination of two factors: the softening of the field, the whole area was being cultivated, as well as the extraction of groundwater, which softens the subsoil,” said Manrique.

Officials from public bodies including the national water commission will now carry out an investigation into what happened. This process includes soil studies, and could take up to 30 days. READ MORE