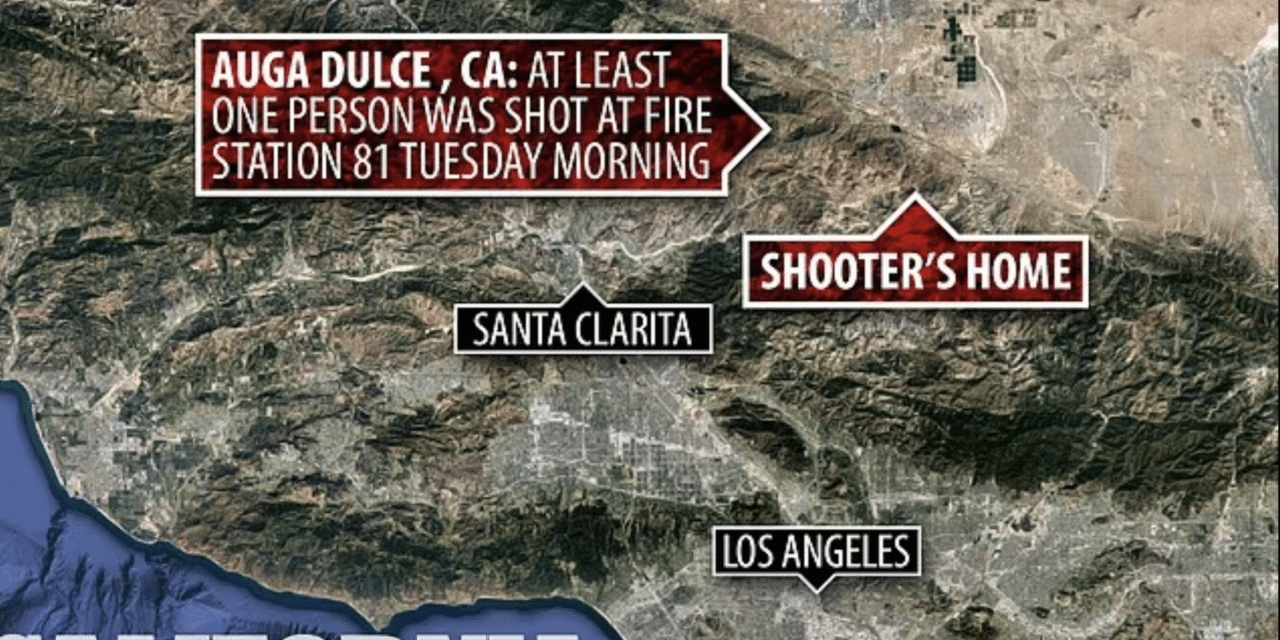 (ETH) – A disgruntled firefighter shot dead a co-worker at a Santa Clarita fire station on Tuesday before driving home, barricading himself inside, setting the property on fire, then killing himself.

The shooter has not been named but he is a veteran firefighter who was described as a ‘disgruntled employee. He opened fire at Fire Station 81 in Santa Clarita on Tuesday at 10.55 am, killing one firefighter and wounding another, before fleeing. He drove ten miles to his home where he barricaded himself inside then set the property on fire.

The gunman shot himself and his body was found floating in water on the burning property. It’s unclear when he left the fire department or why. Neither the victim nor the injured firefighter has been named. The home is registered to a 45-year-old California man, but it’s unclear if that man lives in the property or rents it out. The Los Angeles Times said the owner is a veteran firefighter, but police have not confirmed that.

Records indicate it was sold in July. There is no indication that anyone else was inside when it was set on fire. In a tweet on Tuesday shortly afternoon, the fire department said: ‘It is with heavy hearts that the LACoFD confirms that a tragic shooting occurred at approximately 10:55 a.m. today at FS 81 in Agua Dulce. ‘The Dept. is still in the process of gathering additional information & is cooperating with law enforcement throughout this ongoing incident. ‘We will provide updated information when available.’ READ MORE