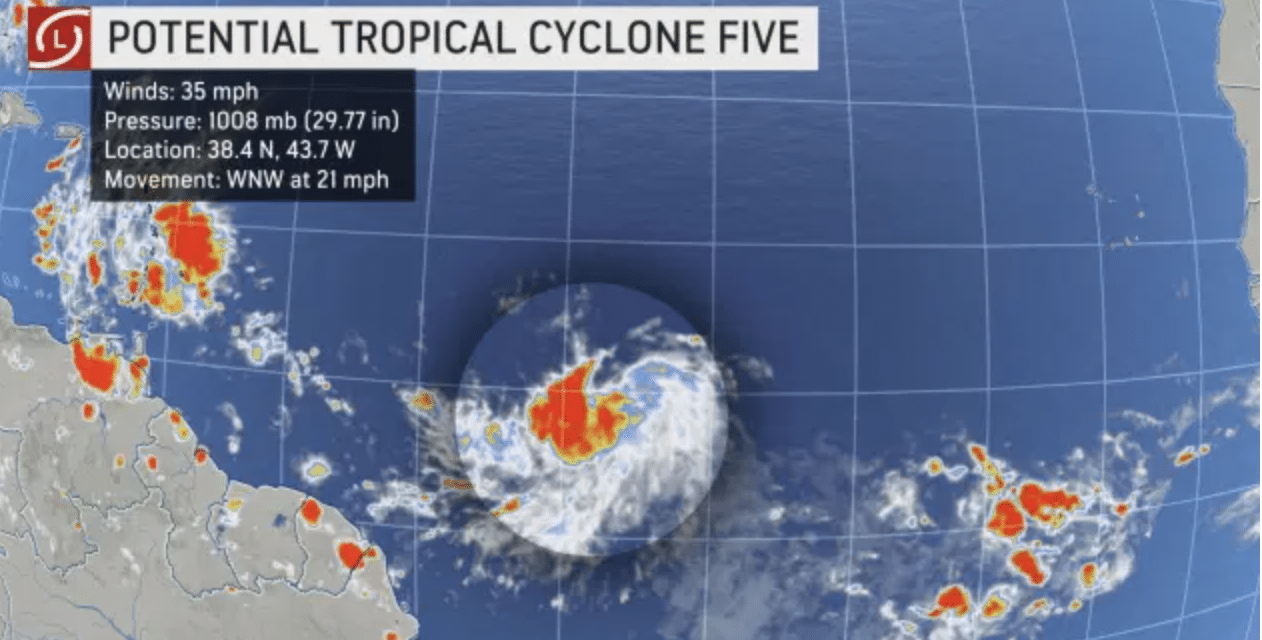 (ETH) – A rapidly developing feature in the Atlantic may soon set a new record for the earliest E-named storm in the basin’s recorded history. AccuWeather meteorologists have been monitoring two features that could become the next tropical system of the 2021 Atlantic hurricane season, and on Wednesday, one began to show greater signs of organization.

The feature initially dubbed invest 97L by the National Hurricane Center (NHC), was labeled as Potential Tropical Cyclone Five (PTC 5) around 5 p.m. EDT Wednesday. It is currently spinning in the central Atlantic halfway between Africa and the Windward Islands with maximum sustained winds of 35 mph and is traveling west-northwest at 21 mph. While this feature is closer to earning the E name of the season than the second, the latter still warrants watching as well.

Should a tropical storm form, it would be the fifth of the 2021 season. The next name on the list for this year is Elsa, and if Tropical Storm Elsa forms prior to July 6, it would be a record for the earliest E-named storm ever to form in the basin.

As parts of the Lesser Antilles were being affected by drenching showers and gusty thunderstorms from one tropical disturbance, dubbed 95L by the NHC, that is on AccuWeather’s “watch list,” PTC 5 was located a few hundred miles farther west and had been showing signs of rotation in its cloud shield since Tuesday. Tropical storm watches are currently in effect for Barbados, St. Vincent and the Grenadines, St. Lucia, and Martinique, according to the National Weather Service. READ MORE