DEVELOPING: Huge fire breaks out at key oil refinery in Iran – hours after major ship catches fire and sinks in the Gulf of Oman 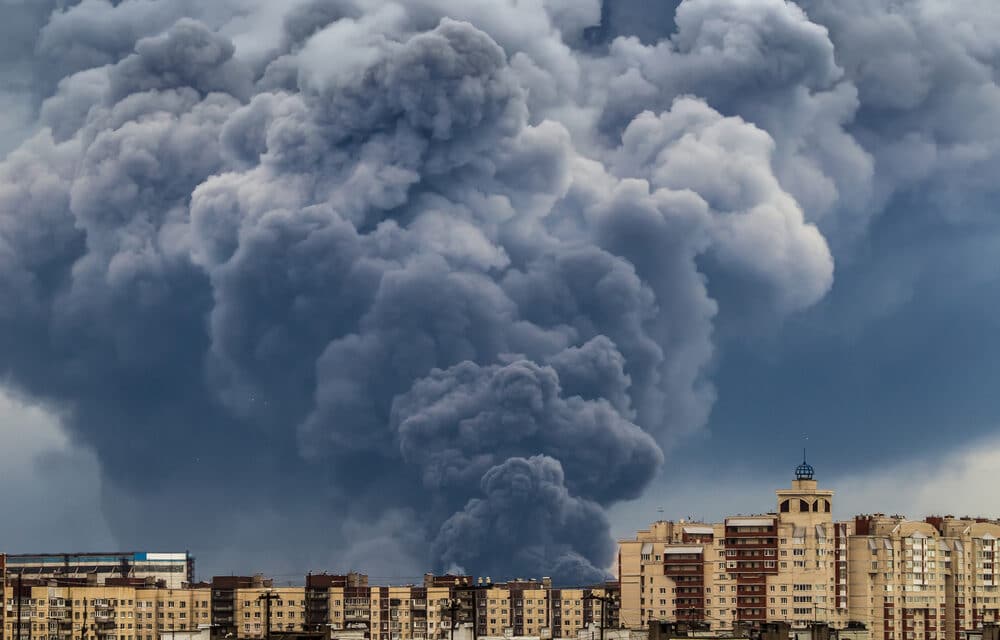 (ETH) – A huge blaze has broken out at an oil refinery in southern Tehran just hours after one of Iran’s largest naval ships sank after catching fire in the Gulf of Oman. Officials said the fire at the Tondgooyan Petrochemical Co. was an accident, blaming a leak in a liquefied gas line that triggered an explosion.

The cause of the leak is unclear. Intense flames and plumes of black smoke that had been visible from far across the capital were gradually being brought under control on Wednesday evening, several hours after the fire broke out. The cause of the fire on the British-built fleet replenishment vessel Kharg is still unclear.

A navy statement said a fire broke out in ‘one of the systems,’ without elaborating. Footage aired by state television showed a massive column of smoke rising from what it said was the burning vessel. Firefighting efforts continued ‘for 20 hours’ before the ship went down. ‘Considering the spread of the fire, the mission to save the Kharg failed and it sank in waters off Jask,’ the navy said.

The ship caught fire at 11:00 am (0630 GMT) on Tuesday as it was in ‘domestic waters’ during ‘a training mission’, Iran’s Tasnim news agency quoted the navy’s head of public relations Behzad Jahanian as saying. Jahanian said the cause of the fire was ‘still not clear’. The vessel sank at around 8:30 am (0400 GMT) on Wednesday.

All 400 cadets and crew disembarked safely, with 20 sustaining light injuries or burns. In recent months, there have been reported attacks on Iran’s shipping fleet that have been linked to its arch-foe Israel. READ MORE