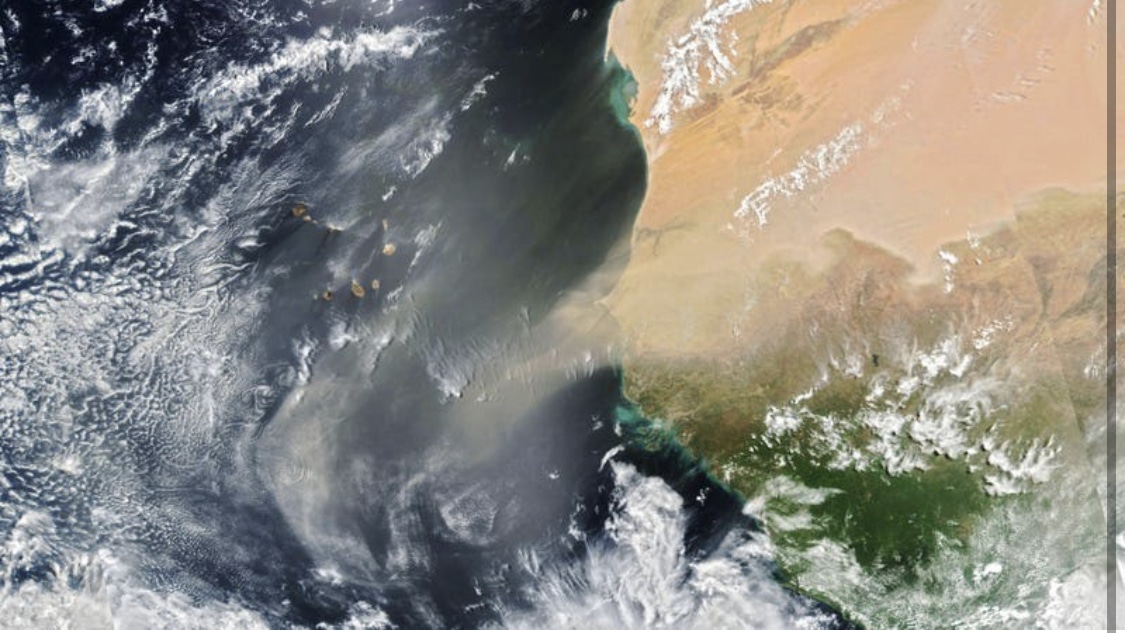 (ETH) A huge Saharan dust storm has been captured on satellite heading for the Americas.

Experts at NASA Earth Observatory say that the strong winds blew across Maliand Mauritania earlier this month, sweeping desert dust over Senegal and The Gambia and into the Atlantic.

The NASA-NOAA Suomi NPP satelliteon 4 June and by 7 June the dust cloud was seen moving through the central Atlantic region.

This storm comes one year after NASA satellites captured the largest dust storm for 20 years which covered the Caribbean Sea during June 2020.

During that storm, satellite and ground sensors measured the highest concentration of dust in the atmosphere since NASA’s Earth Observing System satellites were launched. READ MORE