DEVELOPING: A massive chemical fire in Illinois has prompted evacuations… 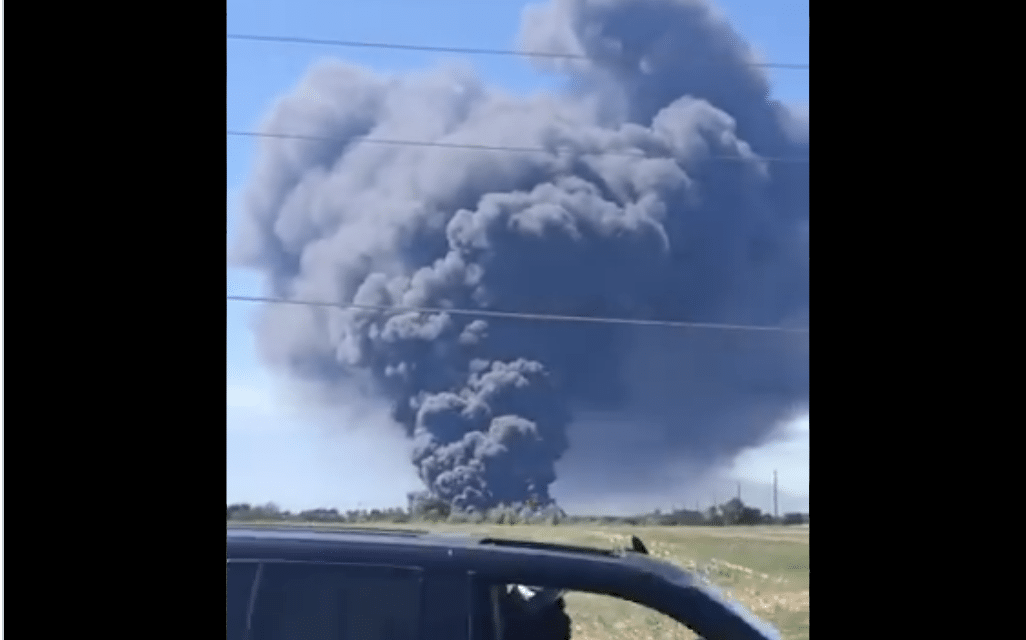 (ETH) – Residents were ordered to evacuate their homes after a chemical fire broke out Monday morning at the Chemtool Inc. plant in Rockton, Illinois.

The city fire department ordered a mandatory evacuation for all residents and businesses in a one-mile radius of the plant, police said in a message on Twitter. Rockton Fire Chief Kirk Wilson said the city hopes to avoid “an environmental nightmare” that could occur if any of Chemtool’s oil-based lubricants ran off into the nearby Rock River, about 300 meters (330 yards) west.

Speaking at a news conference, Wilson said the department’s water-based firefighting suppression has stopped inside the building, and they’re now letting the product “burn off.” One of their main concerns is product spilling into the Rock River, he said. Another concern is the large plume of smoke moving south and southeast from the explosion site.

Wilson said that the city’s hazmat team has performed air quality analysis and determined there’s no compromise of air quality at ground level at this time. Evacuations remain in place for a one-mile radius from the explosion site as a “precautionary measure,” he said.

About 150 homes are in the evacuation zone. The burn-off at the plant is expected to take several days. Between 40-45 agencies and 150-175 fire personnel are currently on the scene. The cause of the “catastrophic incident” has not been determined, Wilson said READ MORE