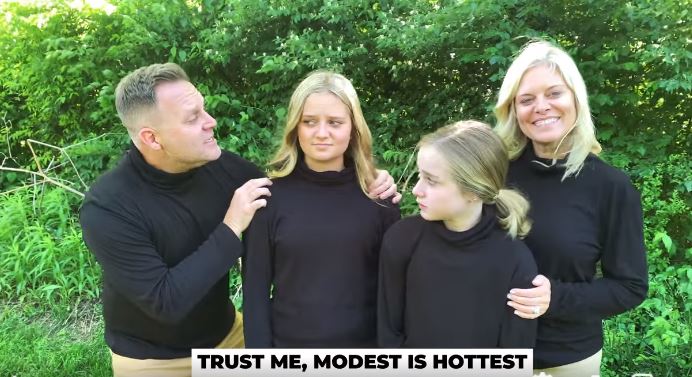 The 44-year-old singer-songwriter, who has two daughters, first shared the jokey song last week, describing it as his “ridiculously silly way of reminding [my kids] that their appearance doesn’t define them.” In it, West sang that “modest is hottest, the latest fashion trend,” urging his daughters to choose outfits that are “a little more Amish, a little less Kardashian.”

The song, though, quickly sparked backlash from some who saw the lyrics as more harmful than funny, so West apologized Thursday evening. “I’m blessed to be the father of two amazing daughters,” he wrote in a post on his Instagram account. “I wrote a song poking fun at myself for being an over-protective dad and my family thought it was funny. The song was created as satire, and I realize some people did not receive it as it was intended.”

“I’ve taken the feedback to heart,” West continued. “The last thing I want is to distract from the real reason why I make music: to spread a message of hope and love to the world.” West has since removed the song’s music video — which featured West, his wife, Emily, and their two daughters — from his social media platforms.

Recording artist Audrey Assad was one of West’s staunchest critics. In a post of her own, she said the phrase “‘modest is hottest’ still entirely centers men and their preferences in the way a woman should dress, sets up being ‘hot’ as the goal for women, and positions all men as creeps who can’t handle seeing a woman’s skin without becoming out of control monsters.” READ MORE