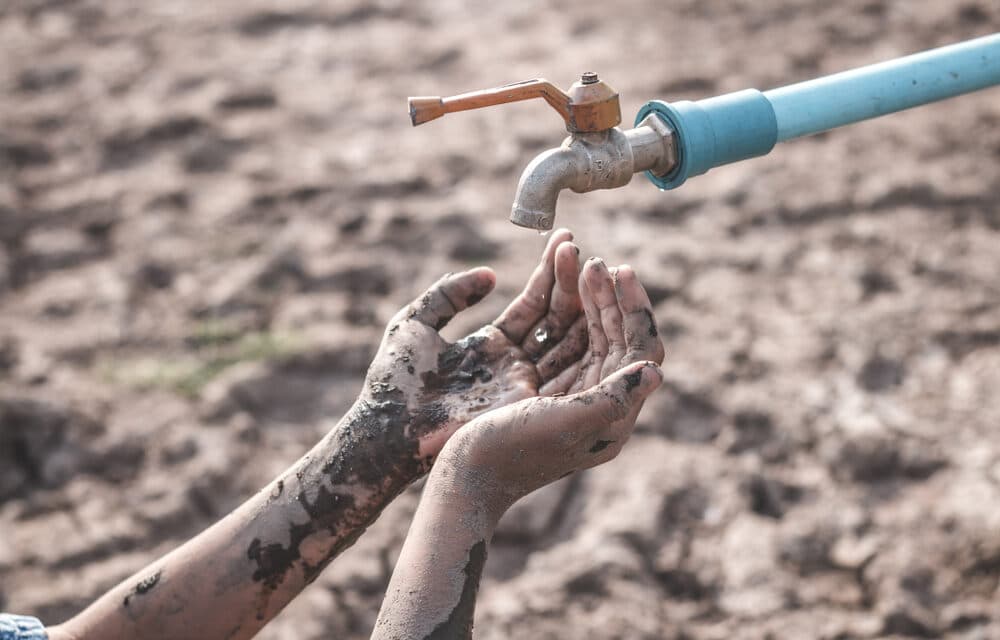 (OPINION) Michael Snyder – What would you do if the water coming out of your faucets tasted like dirt? I know how crazy that sounds, but this is actually happening in the capital city of California right now.

Conditions are incredibly dry because of the endless megadrought in the region, and water levels have dropped to very low levels. As a result, there is a much higher concentration of something called “geosmin” in the water than usual. For those that are not familiar with “geosmin”, it is one of the organic compounds that makes soil smell the way that it does.

So at this moment, millions of California residents have water coming out of their taps that smells and tastes like dirt. The only thing that is going to fix this on a permanent basis is if the drought finally ends. Unfortunately, at this point the entire state is experiencing at least some level of drought… All of California is in some level of drought, according to the US Drought Monitor, and at increased risk of wildfires.

About 33 percent of the state is in “exceptional drought,” the most severe classification. Water emergencies are expected in exceptional drought, along with severe and widespread crop and pasture loss. That’s exactly what millions of Californians are experiencing. So it appears that the water in the Sacramento area is going to continue to taste like dirt for the foreseeable future. And that is really bad news because the water has become so disgusting that even CNN is reporting on it…

Something is off about Sacramento’s water. It smells and tastes a little “earthy,” residents are saying — an effect of compounding climate change crises: extreme heat, little to no precipitation, and a historic drought that has gripped the region for the better part of a decade. Up and down the state of California, rivers, streams, and reservoirs are drying up.

In Sacramento, that has led to an increase in the concentration of geosmin in its drinking water, one of two organic compounds that give soil its characteristic smell. Needless to say, city officials are well aware of the problem. But since they apparently can’t do anything about it they are just telling people to add some lemon to the water to make it taste more palatable… “We realize that it’s unpleasant,” Carlos Eliason, the city’s utilities spokesperson, told CNN.

“The earthy taste that some of our customers are experiencing is harmless and can be neutralized by adding some lemon or putting it in the refrigerator.” Can you believe that? We are supposed to have the largest economy on the entire planet, and California is supposed to be our most prosperous state, but officials can’t even stop the water from tasting like dirt. READ MORE