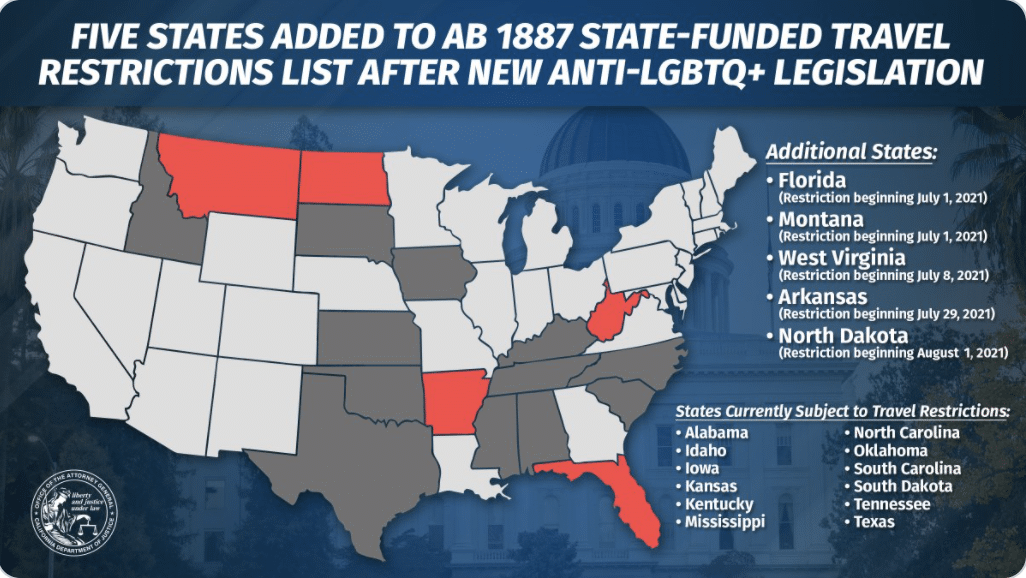 (Fox News) – California announced on Monday that its ban on state-sponsored and state-funded travel includes five additional states as a result of recently enacted LGBTQ legislation.

The state’s attorney general Rob Bonta said that state-funded travel to Arkansas, Florida, Montana, North Dakota, and West Virginia would be prohibited as of July 1.

“The states are a part of a recent, dangerous wave of discriminatory new bills signed into law in states across the country that directly work to ban transgender youth from playing sports, block access to life-saving care, or otherwise limit the rights of members of the LGBTQ community,” Bonta’s office explained in a press release.

Republicans say the laws are intended to preserve fair competition in girls’ sports and prevent young people from getting medical intervention affecting their gender before they are old enough to understand the consequences.