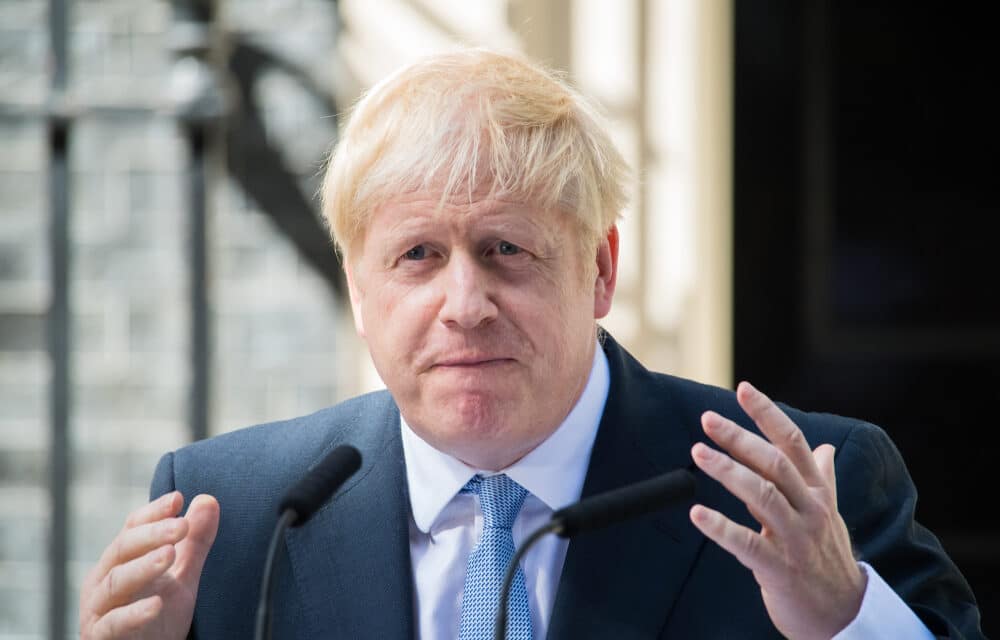 (ETH) – Boris Johnson today called on G7 leaders to build a “more gender-neutral, more feminine” world after the pandemic. The PM’s odd rallying cry came as he opened the weekend summit in Cornwall after greeting leaders with Carrie Symonds on the beach.

World leaders have converged on Carbis Bay for crunch talks where they will draw up plans to fight coronavirus, climate change, and global poverty. Kicking off their first roundtable, Mr. Johnson said: “It’s genuinely wonderful to see everybody in person, I can’t say what a difference it makes.”

Downing Street insisted the bizarre plea referred to £430million of funding the Government pledged tonight toward girls education in poor nations. It came as he sat down with leaders including US President Joe Biden, Canadian President Justin Trudeau, and French President Emmanuel Macron, who have all championed “woke” issues.

When Biden was elected last year, Mr. Johnson squirmed when asked if he thought the incoming president was “woke”. Carrie Symonds – now Johnson – is also viewed to have rubbed off on the PM her passion for more liberal issues such as the green agenda. READ MORE