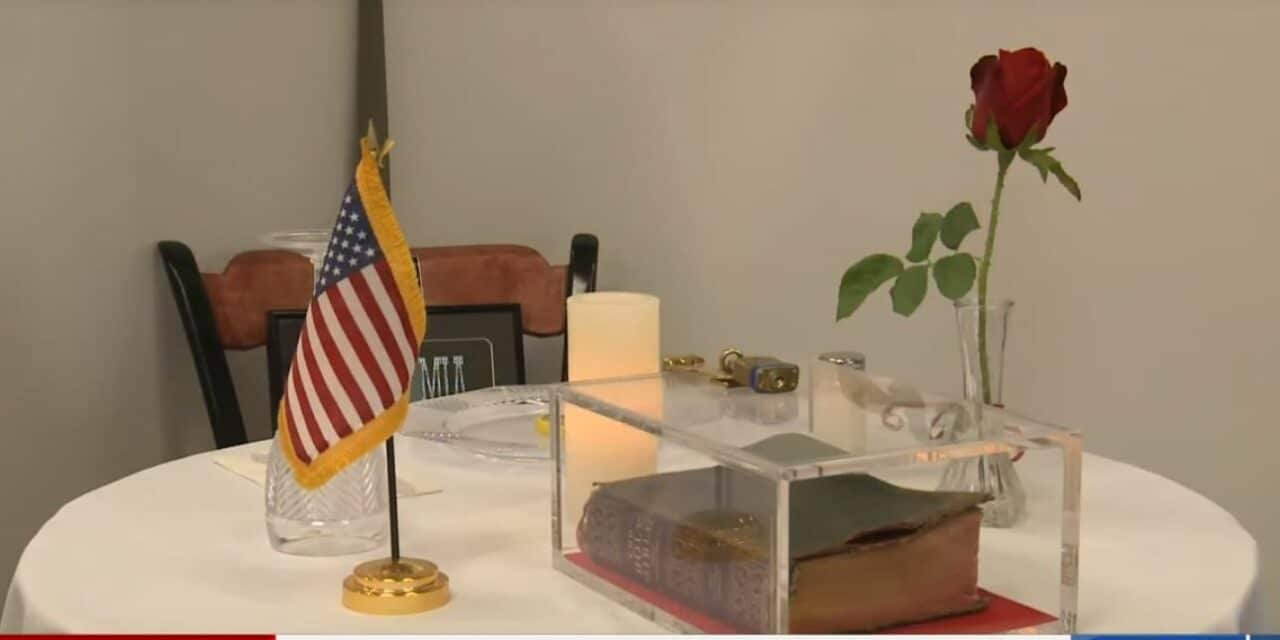 (ETH) – A naval air station in Japan has raised the ire of at atheist activists and several sailors after a Bible was placed on the POW/MIA table at the Naval Air Facility Atsugi.

The Military Religious Freedom Foundation (MRFF) says they received 15 complaints about the “unconstitutional presence” of a Christian Bible on the facilities POW/MIA table display, and had promptly sent a letter “demanding that this symbol of Christian supremacy by swiftly removed.”

MRFF Founder and President Mikey Weinstein’s letter went on to alert Captain John M. Montagnet of a “very serious violation of the No Establishment Clause of the First Amendment of the United States Constitution sadly occurring under your direct command,” the warning read.

Weinstein went on to question Captain Montagnet’s leadership, writing “These sailors are justly fearful of unlawful retribution, revenge, retaliation, and reprisal if they raise their complaints to you, sir, through your NAF Atsugi chain of command which obviously calls into question the command climate you are responsible for at NAF Atsugi.

Thus, they have come to MRFF to carry their grievances to you directly, Captain Montagnet.” According to military website Stripes.com, “The POW-MIA table is a tradition often found in official military dining facilities that honor missing and captured service members.” READ MORE