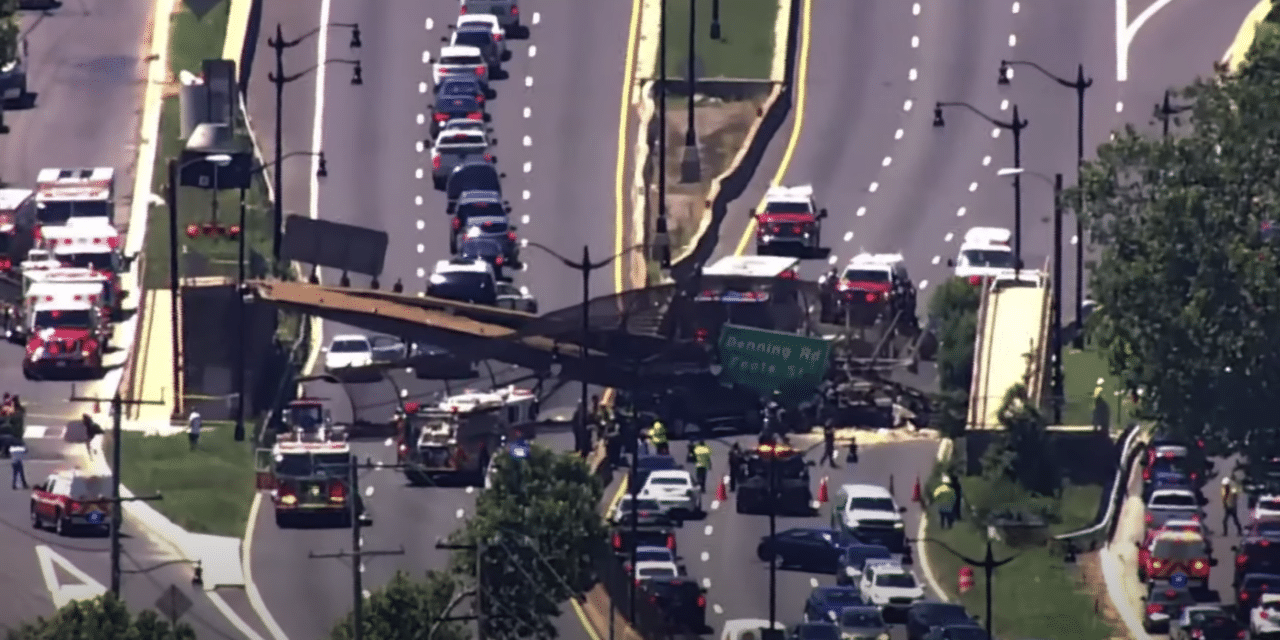 “It could take through tomorrow” to completely haul the bridge away, Geldart said at a media briefing Wednesday afternoon. It’s not known how long it will take to rebuild. Geldart added that the bridge collapse on Kenilworth Avenue in the Northeast was likely the result of a collision “which separated the bridge from its mooring.”

While it’s early in the investigation, he said “it’s a possibility” that the truck may have been loaded up too high. Later Wednesday, D.C.’s emergency alert system said the road would be closed until 10 p.m. Thursday.

Geldart said multiple cars were involved in the crash behind the truck; in all, five people were taken to a hospital with non-life-threatening injuries. The bridge near Lane Place, in Northeast, near the Polk Street Service Road exit, over Kenilworth Avenue (D.C. 295) collapsed just before noon, the fire department said. READ MORE