What Will You Do When Inflation Forces U.S. Households To Spend 40 Percent Of Their Incomes On Food? 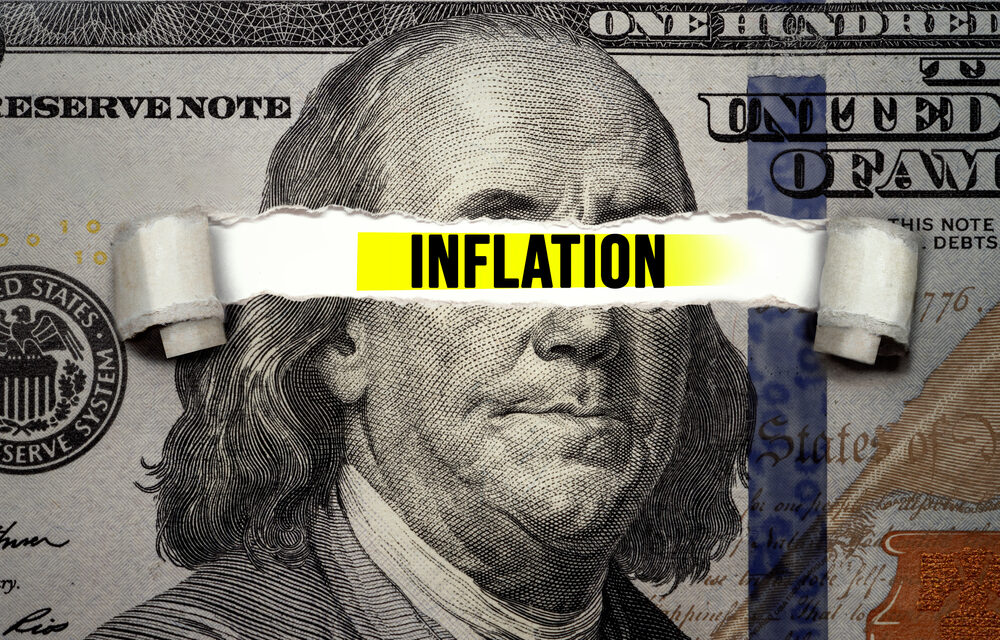 (OPINION) Michael Snyder –  – Did you know that the price of corn has risen 142 percent in the last 12 months?  Of course, corn is used in hundreds of different products we buy at the grocery store, and so everyone is going to feel the pain of this price increase.  But it isn’t just the price of corn that is going crazy.

We are seeing food prices shoot up dramatically all across the industry, and experts are warning that this is just the very beginning.  So if you think that food prices are bad now, just wait, because they are going to get a whole lot worse. Typically, Americans spend approximately 10 percent of their disposable personal incomes on food.

The following comes directly from the USDA website… In 2019, Americans spent an average of 9.5 percent of their disposable personal incomes on food—divided between food at home (4.9 percent) and food away from home (4.6 percent). Between 1960 and 1998, the average share of disposable personal income spent on total food by Americans, on average, fell from 17.0 to 10.1 percent, driven by a declining share of income spent on food at home. Needless to say, the poorest Americans spend more of their incomes on food than the richest Americans.

Needless to say, the final numbers for 2020 will be quite a bit higher, and many believe that eventually, the percentage of disposable personal income that the average U.S. household spends on food will reach 40 percent. That would mean that many poor households would end up spending well over 50 percent of their personal disposable incomes just on food. At one time that would have been unimaginable, but now everything is changing.

As I noted above, the price of corn has increased 142 percent since this time last year… Corn prices have jumped roughly 142% over the past year to $7.56 per bushel, the highest price seen in eight years for the crop. A drought in Brazil and increased demand in China have put pressure on global suppliers.

In other areas, we are seeing more moderate inflation, but overall we just witnessed the largest increase in food inflation “in almost nine years”… The average prices in March of 2021 for pork chops and chicken breasts are both up more than 10% compared to March of 2020. Eggs and cheddar cheese are both up 6%. Looking at all consumer goods as a whole, the latest inflation data in the Consumer Price Index from the U.S. Bureau of Labor Statistics shows the largest month-to-month increase in almost nine years.

Meanwhile, the price of lumber just continues to shoot even higher. In New Jersey, one man says that the total cost of lumber used in building his new home will reach $70,000… Tom McCarthy can’t finish building a home in Bergen County, New Jersey because of the lumber shortage. “There are pieces of wood that we can’t find,” said McCarthy, a real estate broker with the Chen Agency who also builds homes with his father on the side.

McCarthy estimates the cost of lumber for the home will hit $70,000, nearly double the cost of building the exact same home in a nearby town just eight months ago. Isn’t that nuts? Instead of building a new home, you could try buying an existing one instead, but real estate prices in many areas have gotten completely insane. In northern California, one house recently sold for more than a million dollars over listing price…

When a house in Berkeley sold for more than $1 million over its list price in late March 2021, it was covered in media outlets across the Bay Area, including this one. While the Berkeley sale was particularly sensational — it sold for double its list price and received 29 offers — these individual stories are becoming more common in today’s real estate market, according to recent data and anecdotes from real estate professionals. I never imagined that I would see such a thing happen. But one real estate agent says that such wild bidding wars are becoming increasingly common… READ MORE