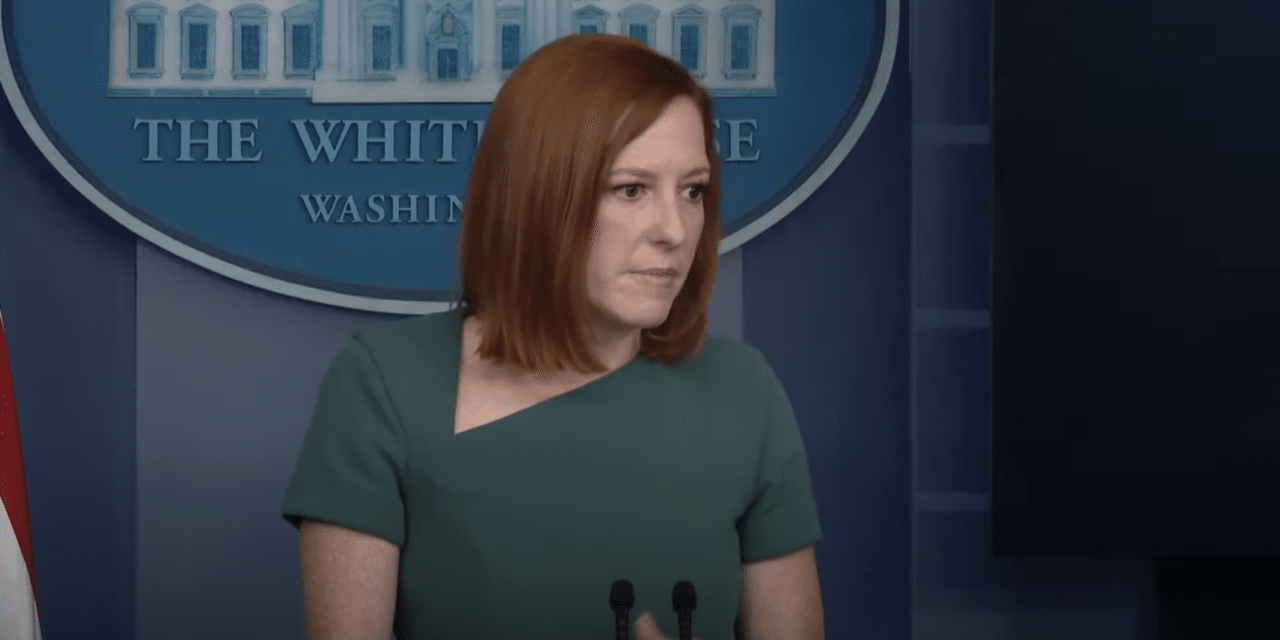 (ETH) – White House press secretary Jen Psaki denounced a new Texas abortion law as an “assault” on women’s rights. “This is the most restrictive measure yet in the nation,” the press secretary said in a briefing Thursday.

She called the law an “assault on women’s fundamental rights under Roe v. Wade.” “Critical rights continue to come under withering and extreme attack around the country,” Psaki added. Texas Gov. Greg Abbott signed a bill Wednesday that would ban abortion after the detection of a fetal heartbeat, or around six weeks into a pregnancy. Current legislation banned abortions after 20 weeks.

Texas joins six other states in banning abortion after six weeks but has its own unique enforcement mechanisms. Federal courts have mostly blocked the measures in other states from taking effect. Texas’ law prohibits state officials from enforcing the ban but allows anyone to sue an abortion provider or anyone else who may have helped someone get an abortion after the limit and seek financial damages of up to $10,000 per defendant.

The law, set to take effect Sept. 1, does not include exceptions in cases of rape or incest, but has a provision for medical emergencies. More than 53,000 abortions were administered in Texas in 2020, according to data from the Texas Health and Human Services Commission. READ MORE