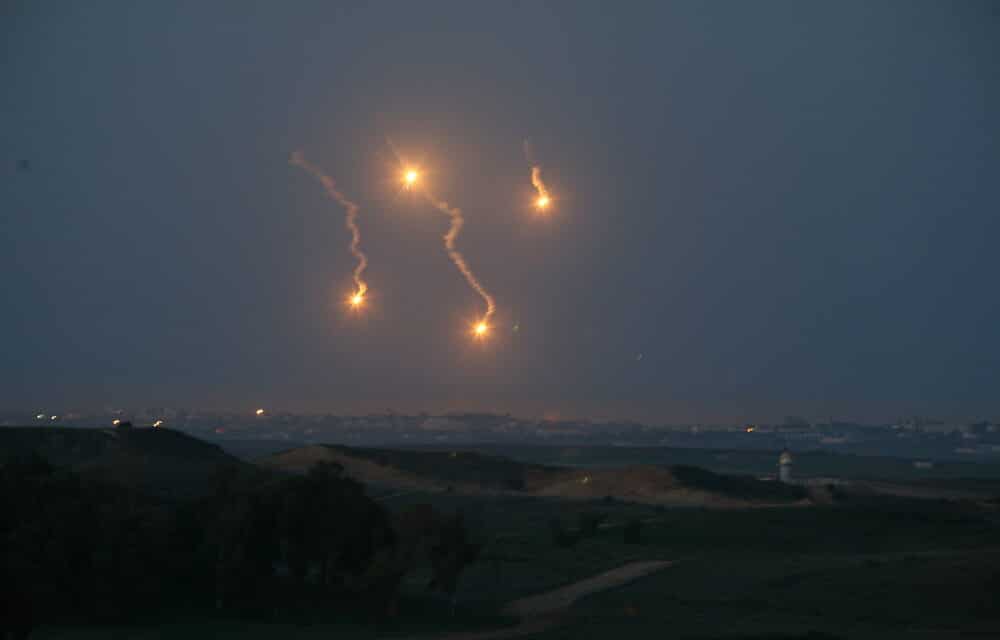 (ETH) – The middle east has turned into a ticking time bomb ready to explode after reports of The Israeli Defense Department has just warned Hamas that all options, including a ground invasion, is on the table after over 160 rockets have been fired towards Jerusalem and southern Israel as thousands of Israelis were parading through downtown to celebrate Jerusalem Day.

According to the Jerusalem Post, the Israel Air Force carried out several strikes in Gaza, killing at least 8 Hamas militants and targeting rocket launchers and two military positions with Palestinian media reporting 20 people had been killed including nine children and another 95 wounded. Meanwhile, Hamas Politburo Chief Ismail Haniyeh warned that the Palestinian resistance to Israel’s occupation would escalate to prevent the evictions in East Jerusalem.

“The resistance is ready and will not stand idle,” Haniyeh said. “Our word will be the final word in the battle if the occupation does not back away and put an end to its satanic plans.” The escalation of this conflict has led the Tel Aviv Municipality to send an urgent message out to all residents late Monday night that all citywide bomb shelters will be reopened.

The cities of Givatayim, Ramat Gan, and Bnei Brak have made similar announcements. The warning has prompted all residents to react if a siren is sounded, telling all residents to enter the bomb shelter closest to them. The Jerusalem Post has just warned that Jerusalem is a tinderbox on a slow burn. And because of that, the country looks like it will likely be dragged into another round of violence with terrorist groups.