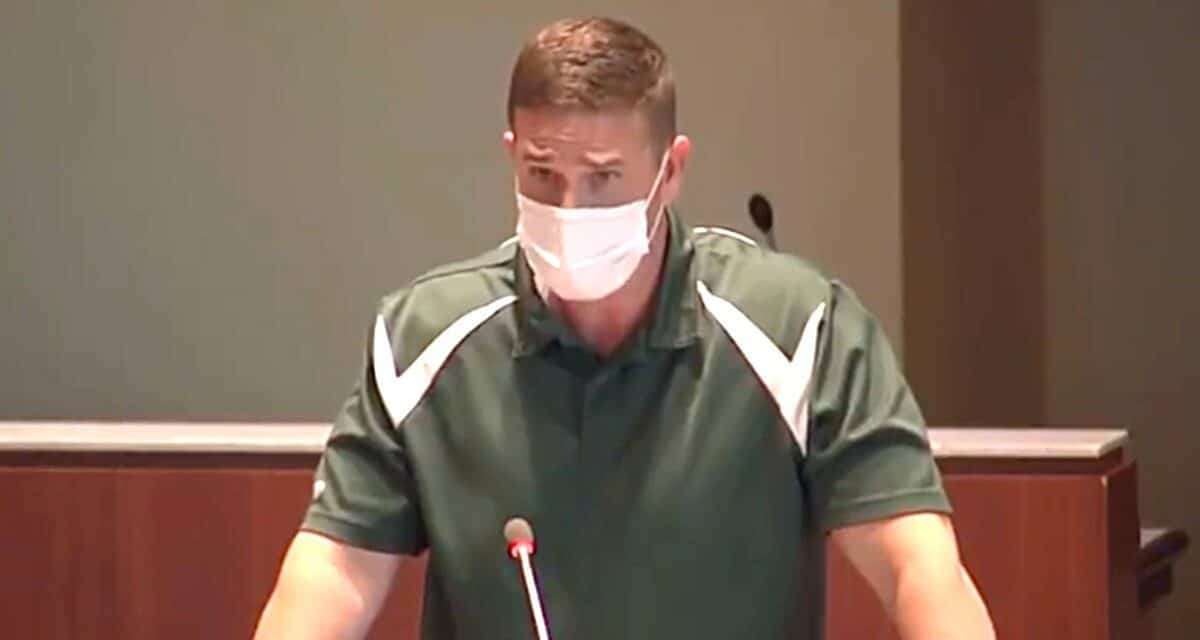 (OPINION) ETH – An elementary school physical education teacher in Virginia was placed on leave after an explosive speech in which he told his school board he wouldn’t “affirm that a biological boy can be a girl and vice versa,” Fox News has learned.

During a Loudoun County school board meeting Tuesday, teacher Byron “Tanner” Cross voiced his opposition to policies surrounding gender. “My name is Tanner Cross and I am speaking out of love for those who are suffering from gender dysphoria,” Cross told the board. He went on to discuss a “60 Minutes” special about the issue.

“’60 Minutes’ this past Sunday interviewed over 30 young people who transitioned but they felt led astray because of lack of pushback or how easy it was to make physical changes to their bodies… They are now detransitioning,” he said. “It’s not my intention to hurt anyone, but there are certain truths that we must face when ready.

We condemn school policies [that] would damage children, defile the holy image of God. “I love all of my students but I will never lie to them regardless of the consequences. I’m a teacher but I serve God first and I will not affirm that a biological boy can be a girl and vice versa because it’s against my religion. It’s lying to a child, it’s abuse to a child, and it’s sinning against our God.” READ MORE