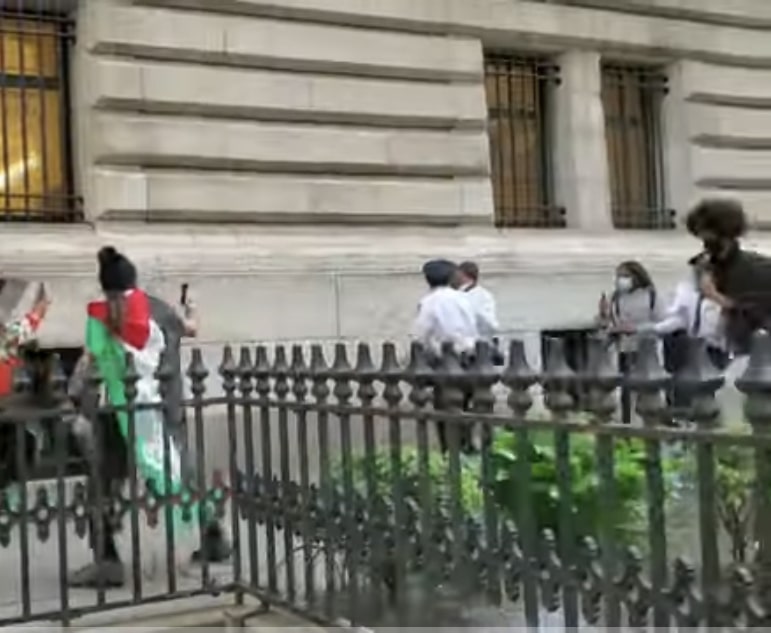 (ETH) – Violent protests have broken loose between Israeli and Palestinian protesters in New York City as demonstrations have reportedly erupted across the United States and police have struggled to separate the warring crowds.

The unrest has erupted outside the Israeli consulate in Manhattan yesterday evening as hundreds gathered toprotest deadly attacks in Gaza and Tel Aviv that have killed at least 55 people, including children.

According to details for the report, Crowds of demonstrators were seen waving the Palestinian flag in support of ending the Israeli occupation of the West Bank.

As well as a group of pro-Israel counter-protesters descending on the consulate.

The protests turned violent after two feuding groups trading chants and insults, with some of those confrontations resulting in punches being thrown. Eyewitness video appears to reveal a series of skirmishes breaking out in the middle of the street.

The video showed at least one man who was covered in blood after being struck with a chair during the fierce confrontation.

The Sun stated: “I just want peace I don’t want there to be violence anymore. I don’t want kids to die. Moms to die, families to die, lose their homes,” on Free Palestine protester told NBC-NY.

Meanwhile , demonstrations also erupted in Washington DC and Los Angeles, as hostilities between Hamas and Israel violently boiled over across Tuesday night and into Wednesday morning.