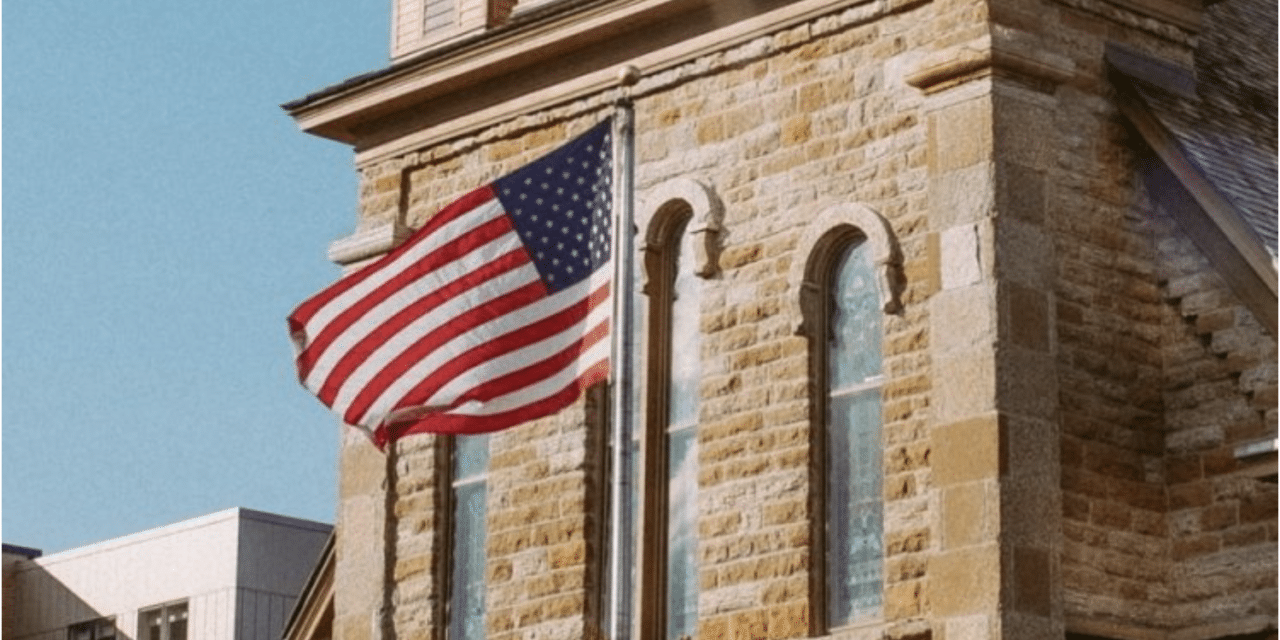 (ETH) – A New York City Catholic church received support from the community this weekend after someone smashed a Jesus statue and burned the American flag. An unknown person broke the crucifixion and burned the flag Thursday night at St. Athanasius Church in Brooklyn, which the NYPD is investigating as a hate crime, the New York Post reports.

“We are deeply saddened to inform you that the Cross on our Church property was vandalized last night,” the church wrote on Facebook Friday. “This exhibition of violence and religious hatred is very disturbing. This is definitely an offensive act not only to our Parish but to the Catholic Church!” Friday night, hundreds attended a prayer vigil to show their support.

“On such a short notice we all came together to show how strong our Faith is! What an amazing crowd! We are one community! We are one family! We love each other!” the church wrote. They added: “Huge Thank You to NYPD, especially NYPD 62nd Precinct for coming tonight! HATRED WILL NEVER WIN!”

A GoFundMe was set up to help raise $5,000 and as of Monday morning, more than $3,800 had been raised. “The cross fell, but as we believe, if we unite in our sorrow, we will only rise stronger through Christ,” the fundraiser’s organizer, Antoinette Maggiore, wrote. “Let’s help restore the church that has helped us through our trying times.” READ MORE