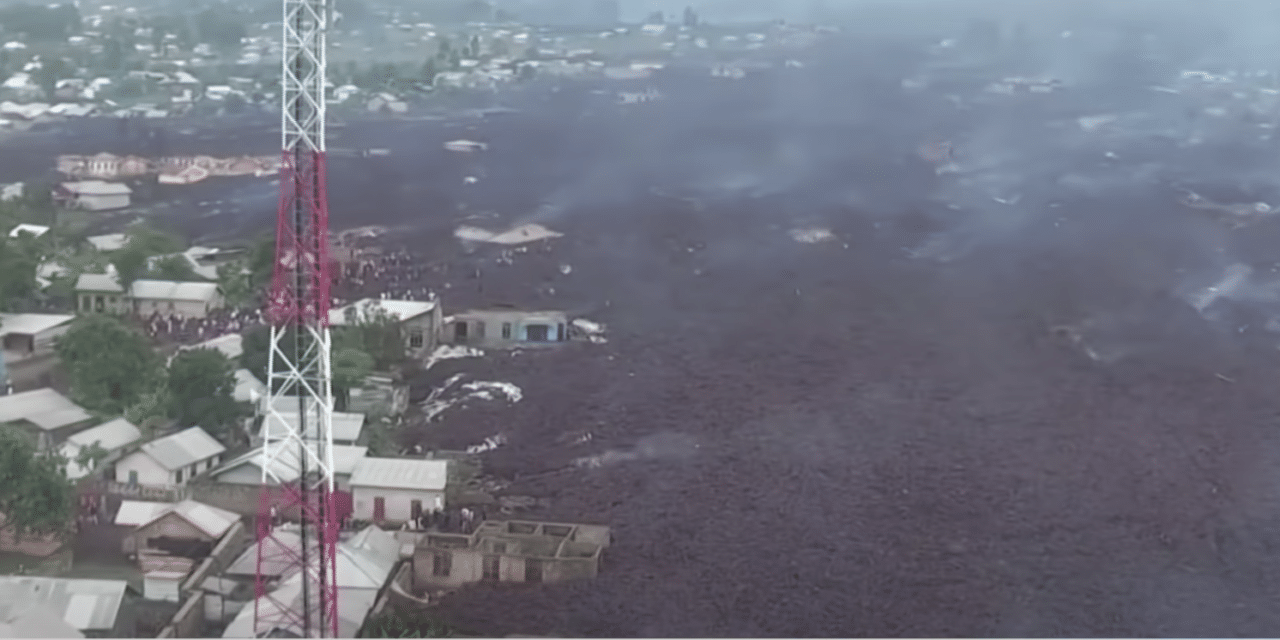 (ETH) – An earthquake measuring 5.3 magnitude rocked the borderlands between Rwanda and Congo on Tuesday morning, the Rwandan Seismic Monitor said, raising worries about a fresh eruption following one on Saturday that killed at least 32 people. On Saturday Democratic Republic of Congo’s Mount Nyiragongo, one of the world’s most active and dangerous volcanoes, erupted sending a river of lava downhill towards Goma, a city of some two million people.

The area has experienced repeated tremors since then, and the lava lake in the volcano’s crater appears to have refilled, raising fears of new fissures or another eruption, the United Nations Refugee agency said. The earthquake appeared to have collapsed several buildings in Goma, a Reuters reporter said, although it was not yet clear if there were any casualties as police had sealed off the area.

The quake struck at 11:03 a.m. (09:03 GMT), originating in Rugerero sector in western Rwanda, according to the Rwanda Seismic Monitor, which is managed by the Rwanda Mines, Petroleum and Gas Board.

Multiple cracks in the earth have emerged in Goma in the last day, a Reuters reporter said, although businesses have re-opened across the city and life appeared to be returning to normal for those who didn’t lose their homes. About 1,000 houses were destroyed and more than 5,000 people displaced by the eruption, the United Nations has said. READ MORE