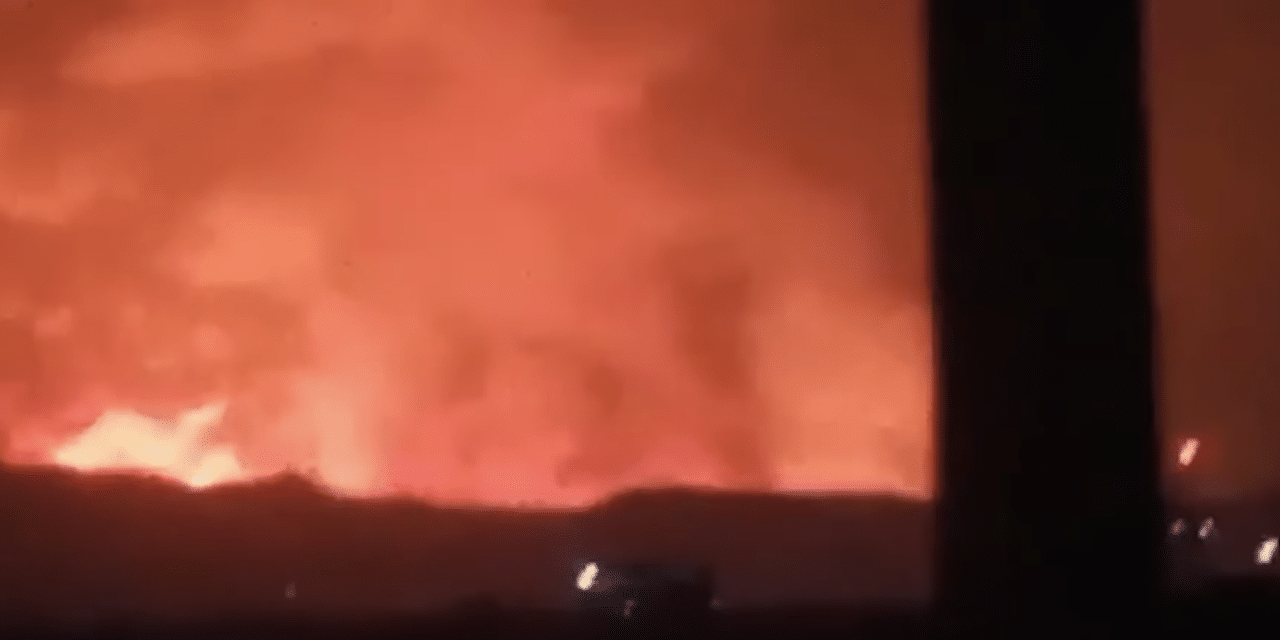 (ETH) – Thousands of people have been evacuated after the Nyiragongo volcano erupted and fumes turned the sky red in apocalyptic scenes. The government of the Democratic Republic of the Congo ordered the mass evacuation from the eastern city of Goma on Saturday following the eruption.

Even before the official announcement, thousands of people had started filling the streets and carrying what they could as they headed out of the city, which has already suffered from previous eruptions. But later Saturday, Communications Minister Patrick Muyaya tweeted: “The evacuation plan for the city of #Goma has been activated.

“The government is discussing the urgent measures to take at present,” he added. The evacuation plan was activated after an emergency meeting of the government to discuss the situation, said the minister. The first departures from the city came earlier Saturday even before the official confirmation that Mount Nyiragongo had erupted, spewing red fumes into the night sky. Residents reported the smell of sulphur in the air and watched as the sky turned red.

The military governor of North Kivu province, of which Goma is capital, “confirmed the eruption of the Nyiragongo volcano … at around 7:00 pm” while appealing for calm. “Investigations are underway and people must follow the guidance of civil protection” units, General Constant Ndima said on local radio. The UN mission to DR Congo sent a helicopter “above the zone and confirmed the eruption”, according to an internal note seen by AFP. “However the lava is flowing towards Rwanda. READ MORE