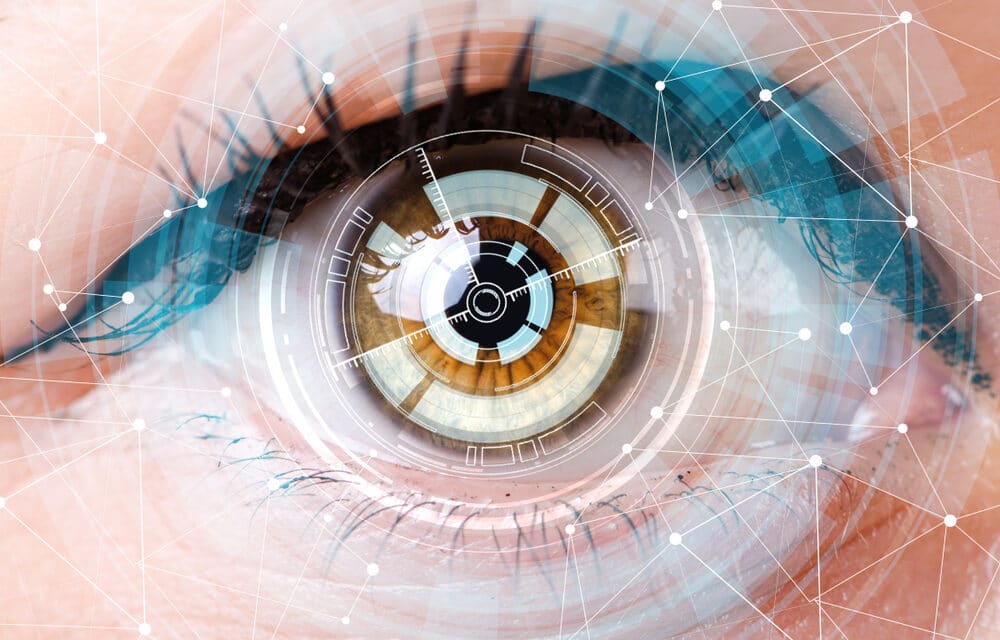 (OPINION) ETH – This next report should send a chill down anyone’s spine who has an understanding of the Book of Revelation and the coming “Mark of the Beast”. A military doctor is calling a next-generation technology that could ultimately stop a future pandemic, “a human check engine light.”

According to the report, A tiny hydro-gel sensor that sits right under the skin and was originally developed to help treat diabetes has just been developed and the Defense Department is saying it could actually be a way to stop the spread of infection in its tracks.  “What we do is we say, ‘Well the science is interesting but we’re translating that into application and benefit and its something frankly the Department of Defense does really well,” said Dr. Matthew Hepburn, M.D., the vaccine lead for Operational Warp Speed.

“We can see science but we say, we have a mission, we have a national security mission.” Hepburn recently told CBN News that he’s devoted his entire career to finding a way to prevent outbreaks from taking place among military personnel. He stated:  “What we want to do is detect an infection as early as possible, before someone even spreads it to another person, to try and prevent that infection in the first place, so that it never happens, but if it does, we detect and treat,” he noted.

“What we also might want to do is make sure everybody else is protected. Hepburn says this is now possible, thanks to a tiny hydro-gel bio-sensor that is placed under the skin and from there it’s able to measure what’s going on at a tissue level. For example, it can measure the levels of lactate in your body. “The level of lactate at the tissue level is a really good indicator that someone is starting to get sick,” Hepburn explained.

“It’s one of those things that we go up pretty early in a severe infection called sepsis. I think everyone’s kind of heard of sepsis.” Hepburn says the sensor doesn’t tell you what kind of infection you may be getting. It’s more of an alert. He compares it to a check engine light. “A check engine light doesn’t say, ‘There’s a problem, you’re out of oil.’ It just says, ‘There may be something wrong with your engine, take a closer look,” he said.

“So the idea of the sensor is, check engine light goes off, then you need to do some more specific tests to figure out if you have COVID or something else wrong with you.” Besides detecting infection, this device can also be used to check oxygen levels. “So you can think of like a pilot, you’d want to know tissue level hypoxia or low oxygen as an early signal that you’re not getting enough oxygen to your tissue,” Hepburn said.

Now, why should this send a chill down your one you ask? In the Book of Revelation chapter thirteen, it tells us that there will be a day when society will not be able to buy, sell or trade without having something IN their right hand or IN their forehead. Scholars have debated what exactly this will be for years and it seems we are seeing technology advancing at unprecedented levels to bring this nightmare scenario to fruition.

There will be many that will argue that this sensor is a good thing and could help people, while this is true, just keep in mind anything used for good can also be used for evil if it were to get into the wrong hands. For example, If a government wanted to track its society using tracking devices what better way to do so than using an implantable device?

This comes as we recently reported on another story regarding Amazon announcing their newest pay-by-palm system called “Amazon One” that allows customers to connect a credit card with their palm print giving customers a contact-less alternative to cash and card payments.

So here we have two recent headlines that involve using the palm of the hand as payment and a device that will potentially be implanted in the hand or body which is in my opinion conditioning society to embrace this future system mentioned in the Bible.

And he causeth all, both small and great, rich and poor, free and bond, to receive a mark in their right hand, or in their foreheads: And that no man might buy or sell, save he that had the mark, or the name of the beast, or the number of his name. – Revelation 13:16-17