School teacher goes off on police officer who pulls her over, repeatedly calling him ‘a murderer’ 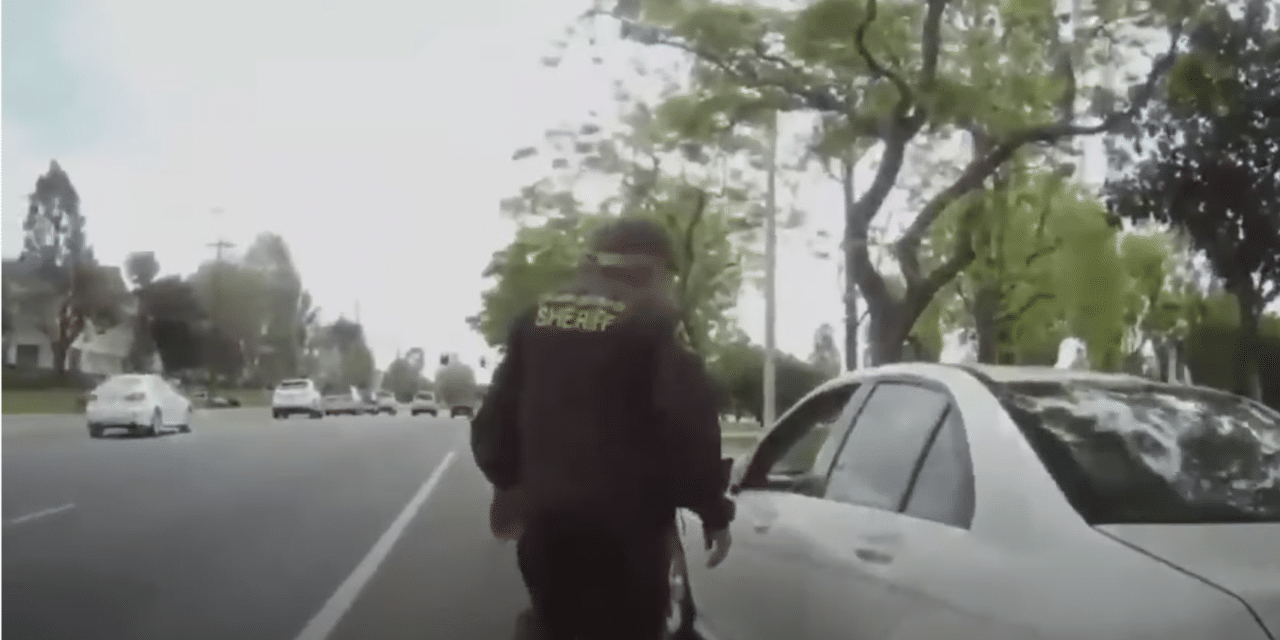 (OPINION) ETH – In what is an absolutely ridiculous story coming out of Los Angeles, A School teacher has been captured on video delivering a racist tirade against a Latino sheriff’s deputy in Los Angeles, In the video, she can be clearly heard calling the officer “a murderer” and taunts, “You’re always gonna be a Mexican, you’ll never be white, you know that?”

According to TheBlaze, The video was obtained by KTTV-TV‘s Bill Melugin, who obtained the footage from the Los Angeles Sheriff’s Department deputy involved. In the video, the officer can be seen approaching the woman’s vehicle as she asked why she is “being harassed” since she was driving under the speed limit.

“Yes you are, ma’am, good morning,” he replies. The woman is seen holding her phone up showing that she was recording the deputy, when he says, “I pulled you over because…” and she cuts him off, replying, “Because you’re a murderer.” The officer tells her that he pulled her over because she was using her cellphone while driving, and she tells him she had been recording him, reiterating, “because you are a murderer.”

She was then asked to show her driver’s license where the woman discloses that she doesn’t have it with her. The deputy allowed her to present a picture of her driver’s license, and while she scrolled looking for it, she asked for him to call his supervisor. The officer informed her that the supervisor was already on his way.

“Good, because you’re a murderer,” she replied. The woman discloses that she is a teacher. Melugin reported that “she has been a professor at schools in the LA area.” According to TheBlaze: “Another deputy arrives on the scene and tells the woman she is receiving a ticket for using her cellphone while driving.