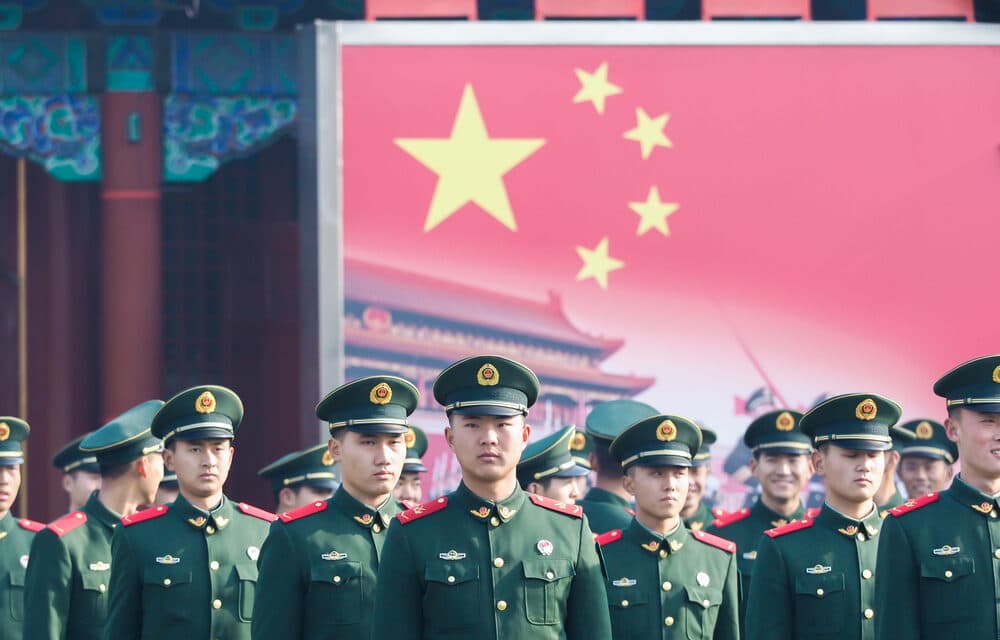 (ETH) – A top Australian general has just warned that there is a ‘high likelihood of war with China, during a leaked briefing to troops. According to the report, Major-General Adam Findlay, who according to The Sun, has since stepped down from his post but still advises the Australian Defence Force, gave this recent confidential briefing to Australia’s special forces soldiers last year.

The Sydney Morning Herald, provided more details that General Findlay said China has already engaged in “grey zone” warfare and that Australia must prepare for the “high likelihood” that it could spill over into actual conflict, he said. “Who do you reckon the main (regional) threat is?” General Findlay reportedly asked his troops and officers before answering: “China.”

“OK, so if China is a threat, how many special forces brigades in China? You should know there is 26,000 Chinese SOF (Special Operations Forces) personnel,” he continued. This also comes on the heels of a leaked briefing from Australia’s former chief of operations in Iraq that said war with China was a genuine threat. Senator Jim Molan delivered a grim evaluation of Australia’s preparedness for a war he says is “likely”.

He went further to state that Australia is not ready for what’s coming. Meanwhile, China’s Global Times newspaper also issued a fresh attack on Australia – with the publication of a propaganda poster taking aim at Australian troops. The Sun stated: “A poster, published under the headline ‘Troops are leaving, will justice arrive soon?’ was published in the newspaper, which is widely seen as a mouthpiece for the Chinese Communist Party.

The poster, which detailed alleged war crimes carried out in Afghanistan, comes as Australia prepares to pull out of the country as its allies including the United States do the same”.  All the while, Chinese President and Communist Party General-Secretary Xi Jinping has reached a new status, reportedly adopting the title “helmsman,” which is a descriptor not used since Mao Zedong and denoting ultimate authority, according to U.S. intelligence officials.

Meanwhile, Iran has just released a new video over the weekend that depicts its military forces blowing up the US Capitol building, fueling a new threat that comes as the Biden administration inches closer to providing Tehran with billions of dollars in economic sanctions relief.

The video reportedly debuted this past Sunday on Iranian state-controlled television right before Iranian supreme leader Ali Khamenei delivered his remarks, in which he praised the country’s Islamic Revolutionary Guards Corp. In the video clip, armed IRGC forces are seen marching before the U.S. Capitol’s famous dome explodes. It also shows Iranian forces marching on Jerusalem.