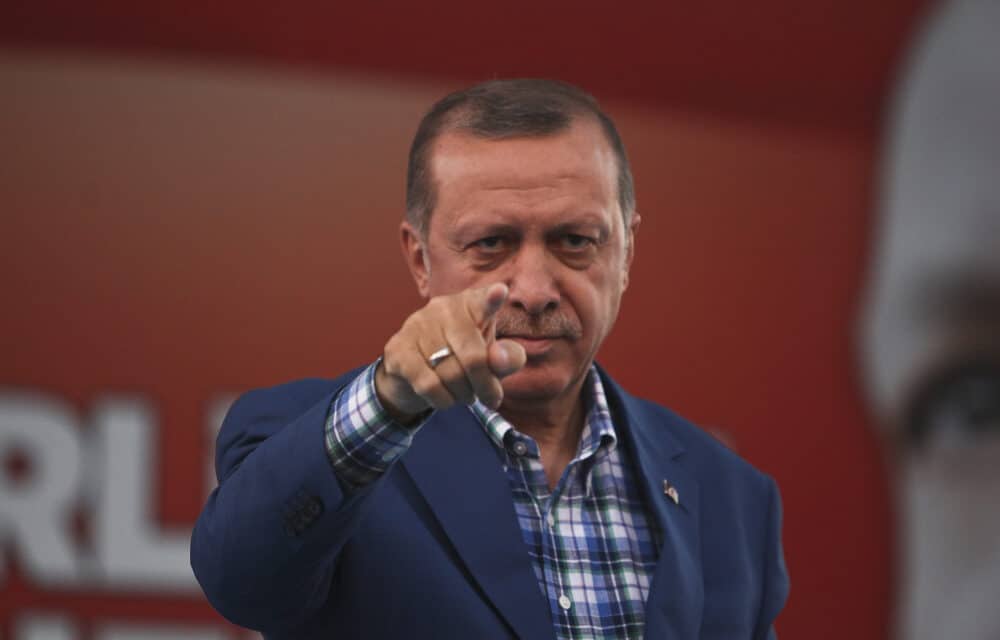 (OPINION) ETH – After a cabinet meeting at the Presidential Complex in Ankara late Monday, Turkey’s President Recep Tayyip Erdoğan held a media conference in which he called on the UN, UN Security Council, Organization of Islamic Cooperation (OIC), and other international organizations to take action focusing on wrestling Jerusalem away from Israel.

“At this point, we believe there’s a need for a separate arrangement on Jerusalem. To achieve lasting peace and tranquility in Jerusalem, which contains the indispensable religious symbols of Muslims, Jews, and Christians, everyone must make sacrifices,” Erdogan said. “In today’s circumstances, it would be the most correct and consistent course of action for Jerusalem to be administered by a commission of representatives from the three faiths.

Otherwise, it doesn’t appear it will be easily possible to achieve lasting peace in this ancient city,” he added. Erdogan has frequently made disturbing claims on Jerusalem as a Turkish birthright, perhaps based in the area once being part of the Ottoman Empire from 1516 to 1917. “In this city that we had to leave in tears during the First World War, it is still possible to come across traces of the Ottoman resistance.

So Jerusalem is our city, a city from us,” he said in a major policy speech in 2020. “Our first qibla [direction of prayer in Islam] al-Aqsa and the Dome of the Rock in Jerusalem are the symbolic mosques of our faith.” In his speech on Monday, Erdogan referred to Israel as a “terror state.”

“This terror state, that has encroached on the privacy of Jerusalem on the one hand, while ruthlessly bombarding civilians in Gaza and leveling a colossal building housing media groups on the other, is Israel,” said Erdogan. “But, you [Israel] are using disproportionate force, and you are dropping bombs on Gaza with your warplanes. Does Gaza have warplanes? No. Yours are countless, with which you strike.” READ MORE