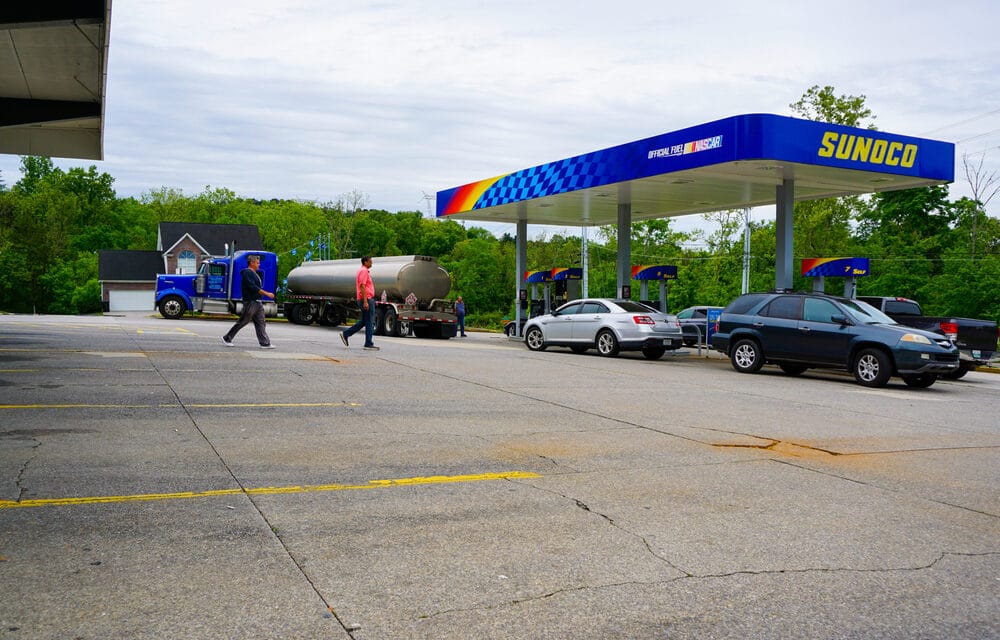 (ETH) – Panic-buying has reportedly gripped parts of the US and emptied 28 percent of North Carolina’s fuel stations and is exacerbating gasoline shortages across the Southeast, More than 17 percent of the stations in Georgia and Virginia have run dry on Wednesday, and states as far as West Virginia and Kentucky are also reporting that they are also running out.

Meanwhile, according to the latest report from the Washington Post, The Colonial Pipeline is not caving in to threats from the ransomware cyber hackers and will not pay the ransom they are requesting. The report details that major metropolitan areas have been impacted the hardest by the recent shortages, with more than 70 percent of the stations out of gasoline in Charlotte, Raleigh, and Greenville, as well as roughly 60 percent of those in Norfolk and Atlanta, according to Patrick De Haan, GasBuddy’s head oil analyst.

The WP stated that Governors in Florida, North Carolina, Georgia, and Virginia have all declared states of emergency and have taken extensive steps to ease fuel transport rules to ease some of the pain at the pump. But the run on gas stations also is colliding with a shortage of truck drivers, compounding the logistical challenges as states try to fill in for the Colonial Pipeline, which supplies 45 percent of the East Coast’s fuel.

Sadly, the panic is beginning to manifest feverishly with many trying to get as much gas as possible. One example is what took place in North Carolina. According to a report from the Daily Beast, a woman in a Honda Accord in Knightdale, North Carolina, attempted to cut the line of cars at a Marathon gas station.

When she struck a Honda CRV parked at the pump in seeming frustration after not being allowed into the line, she got out and appeared to spit at the driver, according to an Instagram video posted of the incident. That male driver then reportedly hopped out of his car and proceeded to spit back, and the two descended into a scrappy fight that resulted in the man’s shirt being torn.