Pipeline opens up slowly, Gas reaches $7 a gallon in Virginia, US believes perpetrators live in Russia 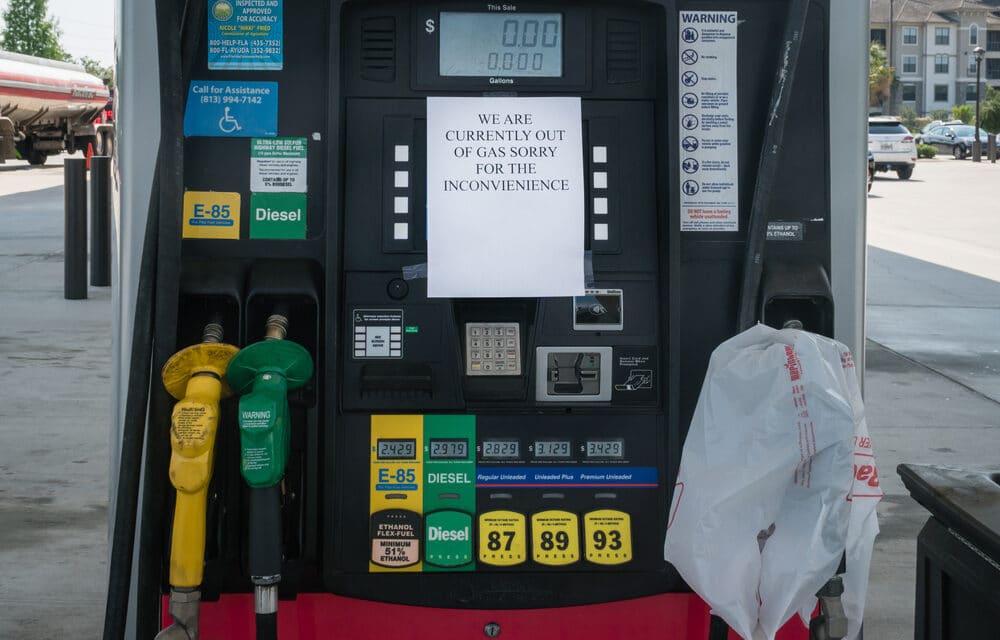 (ETH) – Motorists are finding gas pumps shrouded in plastic bags across the nation while the operator of the nation’s largest gasoline pipeline reported making “substantial progress” in resolving the computer hack-induced shutdown responsible for the empty tanks, however, the damage has already been done.

According to reports, nearly 70% of North Carolina’s gas stations are still without fuel amid panic-buying, and about half the stations in Virginia, South Carolina, and Georgia have been tapped out. Meanwhile, Washington, D.C., was reportedly among the hardest-impacted locations, with 73% of stations out, the site’s tracking service showed.

In Virginia, some drivers have been left in shock after they got to the pump at a gas station in Richmond where the price on the pump was nearly $7 a gallon at a BP station. “I pulled in, I start pumping my gas and then I realized I put $80 worth in my truck,” another driver told TV station 8News.

“The lady next to me said she put $100 in her car. She just started crying because she said her car doesn’t take that much.” Meanwhile,  President Joe Biden stated that U.S. officials do not believe the Russian government was directly involved in the hack but he added, “We do have strong reason to believe that the criminals who did the attack are living in Russia. That’s where it came from.”