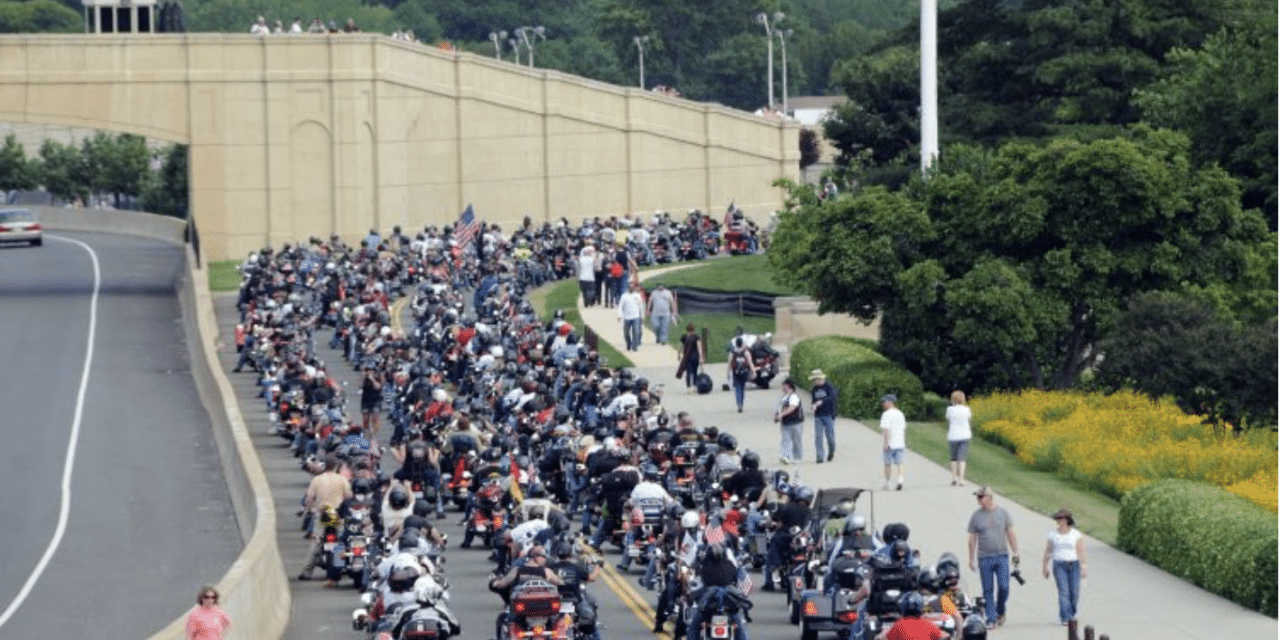 (OPINION) ETH – Over the past 30 years, thousands of veterans have been rolling into Washington, D.C. on Memorial Day for a motorcycle ride to honor our fallen military heroes.

In the past Republican and Democrat administrations have all signed off on permits allowing Rolling Thunder to ride through the streets of our nation’s capital. But this year under the Biden Administration the Pentagon has revoked AMVETs permit – citing concerns about coronavirus.

This announcement has already sparked outrage among many such as the likes of  Florida Congressman Brian Mast who is reportedly stunned by the news. Mast himself, is a wounded warrior, An Army veteran who lost both his legs while serving in Afghanistan.

“We are blessed beyond words to be citizens of the greatest country on Earth and only live free thanks to the men and women who made the ultimate sacrifice,” Mast said in a statement to Fox News. “Sadly right now, in Joe Biden’s America, it is easier to cross the border illegally than it is to get a permit to pay our respects to our nation’s fallen heroes.”

Another who was outraged was Rep. Darrell Issa (R-CA) who has called on President Biden to intervene and immediately reverse the Pentagon’s order. “I call on President Biden to reverse the Pentagon’s insulting decision to block patriotic Americans from organizing in remembrance of POW/MIAs in Washington, D.C. this Memorial Day,” Issa said. “Just days ago, President Biden hosted an outdoor drive-in political rally. The Rolling to Remember the outdoor ride-in event is no less deserving of approval, yet was denied by the Administration.”