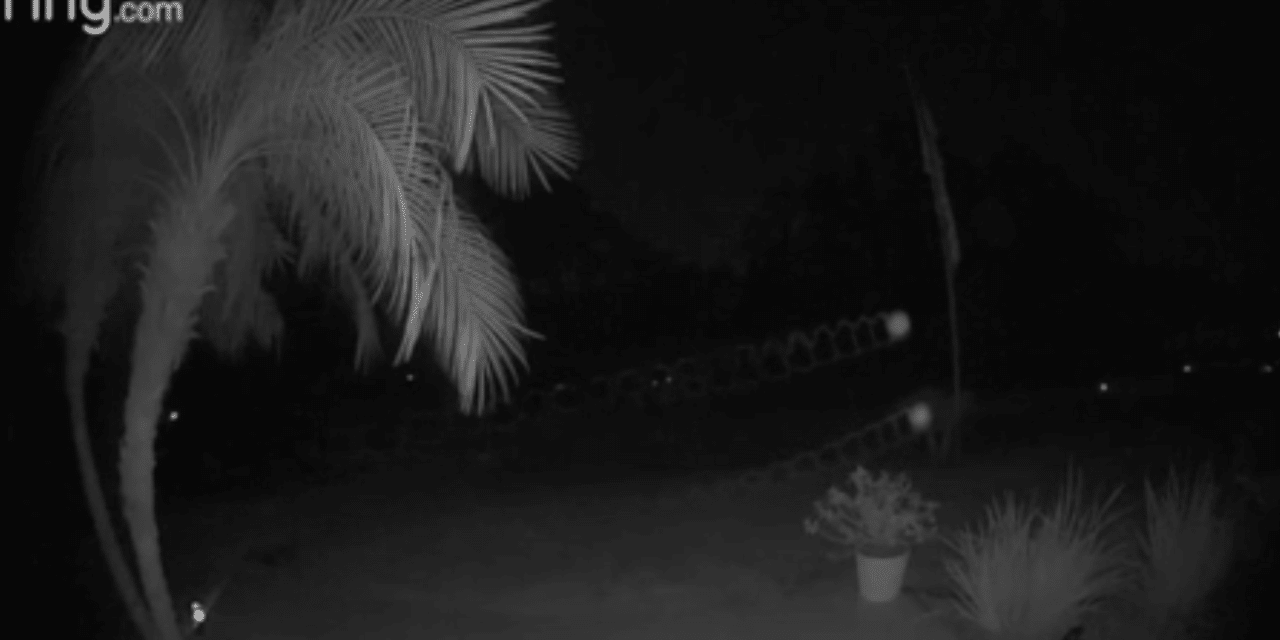 (ETH) – Two mysterious objects were reportedly caught on camera at a home in Flagler County. According to the report,  local resident, William Fuentes sent FOX 35 video of what appears to look like two orbs of light seen flying across the sky at his Palm Coast home.

The report also reveals that these orbs are not the first mysterious thing that has been captured on camera at night in Palm Coast. In another weird report, one homeowner is questioning whether prehistoric creatures are back after seeing what she is saying was a dinosaur-like animal running across her yard.

The incident was captured on video by Cristina Ryan in mid-April. Ryan claims that everyone who has seen her video has come up with the same conclusion: A baby dino. “Some say a large bird, but that makes no sense since whatever it appears to have front legs. So, not sure? Lol.

I’m sticking with raptor myself,” she joked. The video stirred debate online as well.  “Looks like a Komodo dragon or some type of lizard!” one person commented. “That is a dog wearing a harness dragging a leash. You can see all four legs and the harness and leash dragging behind it,” another said. One commenter wrote, “UFO recently sighted and guess this could be the CEO checking things out.”