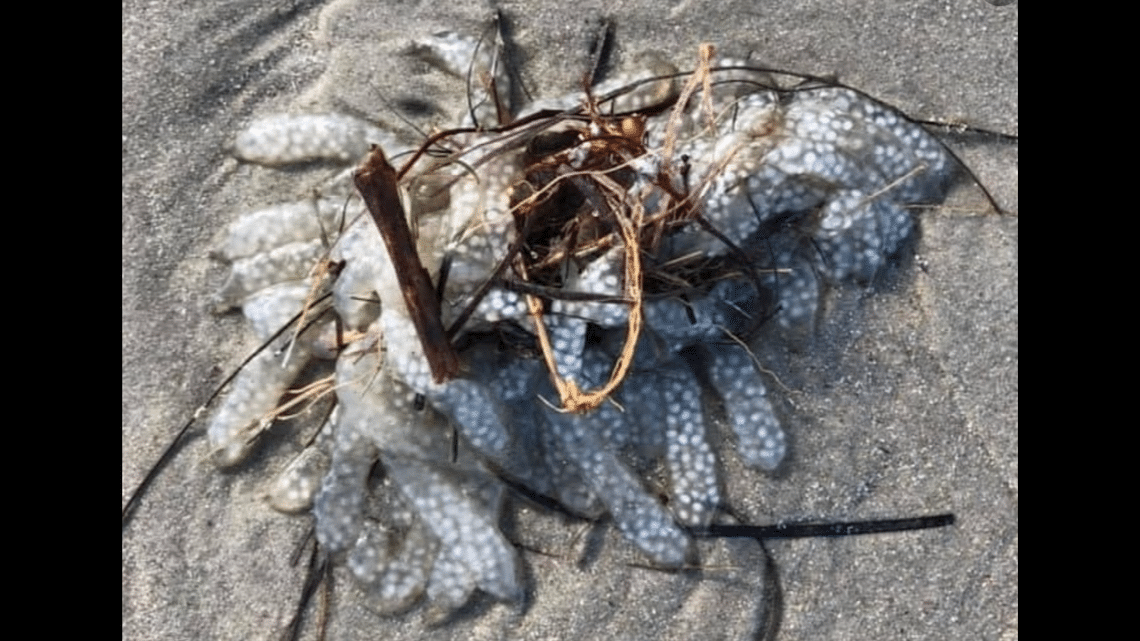 (ETH) – A strange, semi-transparent blob of finger-like growths filled with white dots has baffled North Carolina wildlife experts after it was found washed up on the coast, prompting them to ask the public, “Do you know what this mysterious mass is?” Cape Lookout National Seashore shared a photo of the unidentified blob Tuesday afternoon.

It was found months ago but despite their best efforts, experts couldn’t find a definitive answer. “It looks like a few pairs of gloves that something laid eggs in,” one commenter said. “Invasion of the Body Snatchers?” suggested another. Several others weighed in, saying that the gelatinous pile of tendrils looks like squid egg sacs.

Similar-looking objects — clusters of elongated segments filled with tiny eggs — have also been found at beaches on the West Coast, according to the Oregon Coast Aquarium. A squid expert, Dr. Louis Zeidberg, explains that those particular sacs belong to a Pacific species known as the California market squid.

However, “there’s also an Atlantic species, which is slightly bigger,” Zeidberg told the aquarium. Based on appearances, an Atlantic variant of the California market squid seems like a good explanation. But squid sacs are something Cape Lookout had already considered and wasn’t totally convinced. FULL STORY 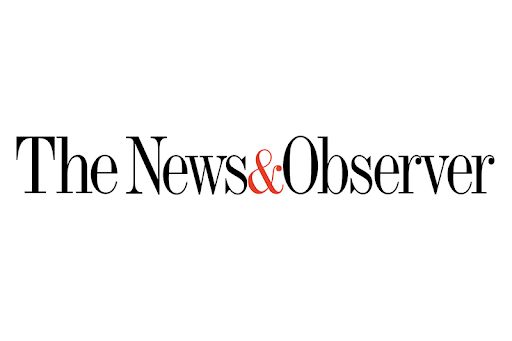 The News and Observer

An American regional daily newspaper that serves the greater Triangle area based in Raleigh, North Carolina. The paper is the largest in circulation in the state.