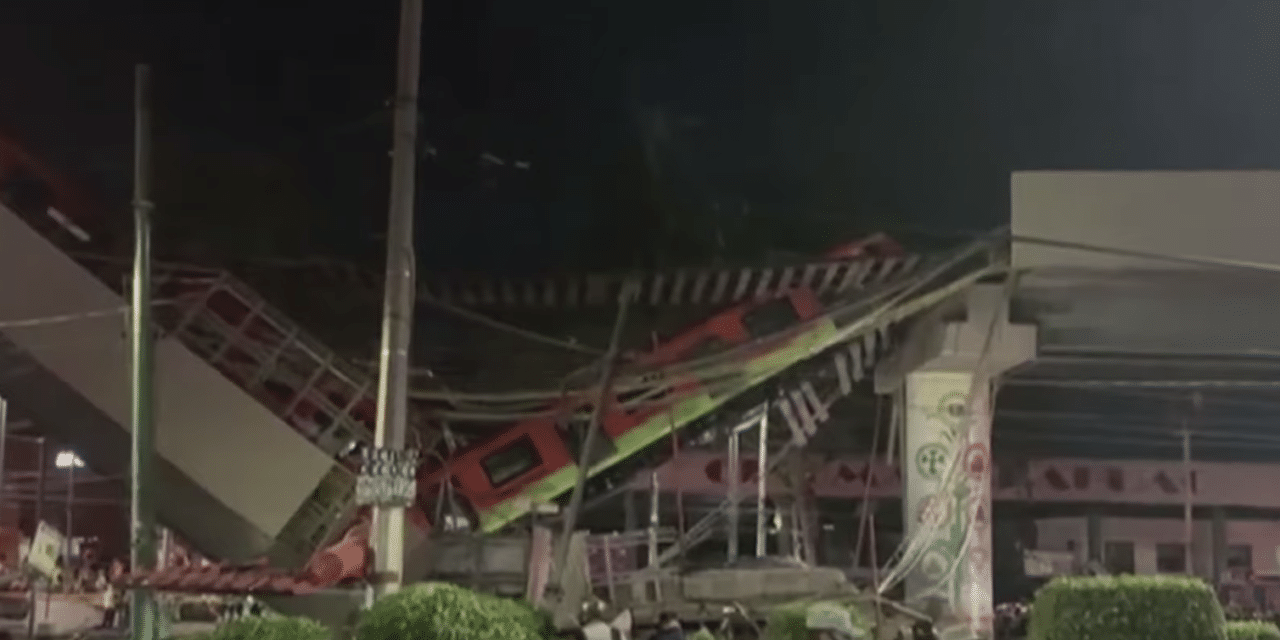 (AP) — An elevated section of the Mexico City metro collapsed and sent the train plunging toward a busy boulevard late Monday, killing at least 23 people and injuring at least 79, city officials said.

Rescuers found four bodies trapped inside a rail car that was dangling from the overpass but were unable to remove them. It was not clear if those dead were included among the 23. A crane was brought in Tuesday to lower the car down.

Mayor Claudia Sheinbaum said one of the concrete beams collapsed as a subway train passed over it in one of the deadliest episodes in the history of the city’s subway system, which is among the busiest in the world.

Mexican Foreign Relations Secretary Marcelo Ebrard called the collapse “the most terrible accident we have ever had in mass transportation.” Ebrard was Mexico City’s mayor from 2006 to 2012, when the line in question was built, and the collapse could represent a major blow for him.

“The cause of the collapse of the beam must be established through an expert investigation,” Sheinbaum said. Earlier she said someone had been pulled alive from a car that was trapped on the road below. She said 77 of the injured were hospitalized. She also said children were among the dead. FULL REPORT