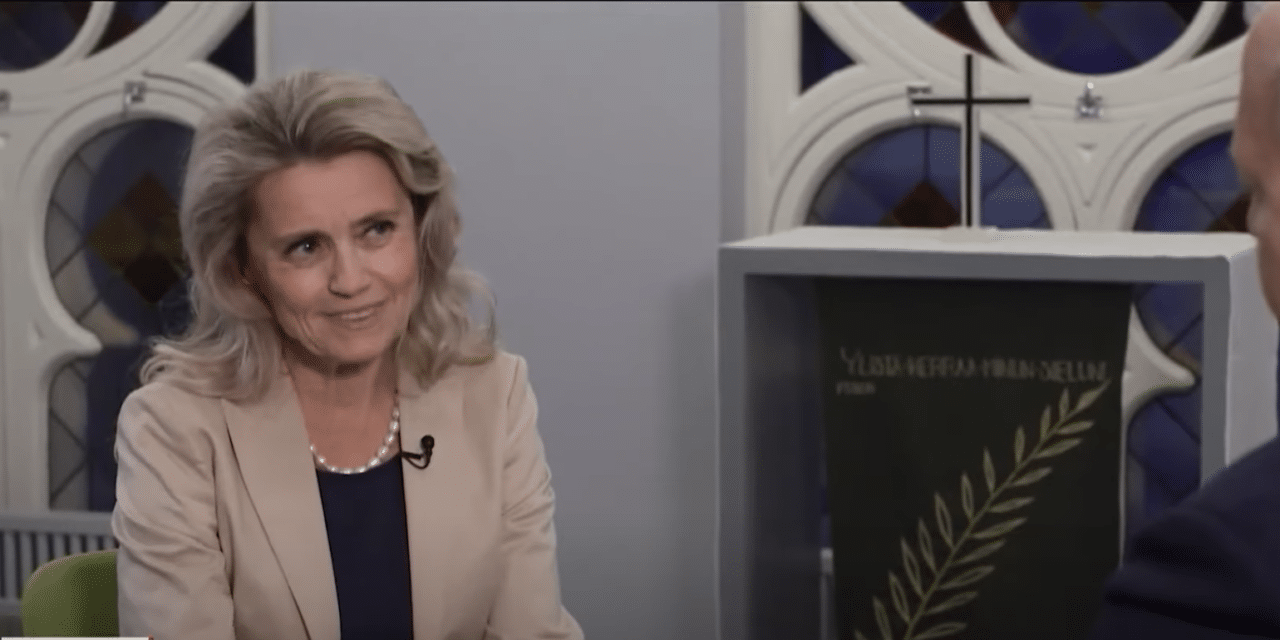 (OPINION) ETH – A Christian politician from Finland has reportedly been charged with three counts of hate speech against homosexuals and is facing two years in prison if convicted according to a report from CBN News.

The report revealed that Päivi Räsänen, who is a member of the Finnish Parliament, has been under ongoing investigation since 2019 for social media posts questioning the Evangelical Lutheran Church’s official affiliation with the Helsinki LGBT Pride event. Räsänen’s posts showed a photo of the Bible passage Romans 1:24-27, which condemns homosexuality as a sin.

A pamphlet she wrote back in 2004 is also under fire that was entitled “Male and female He created them – Homosexual relationships challenge the Christian concept of humanity,” n the pamphlet she stated that God designed marriage for one man and one woman. Then she is also being accused of hate speech for her comments she made about homosexuality on a Christian TV program in Finland.

Charges have also been filed against Rev. Dr. Juhana Pohjola, who is the Dean of Evangelical Lutheran Mission Diocese of Finland, which published the pamphlet on marriage.  Räsänen is standing her ground and with her convictions stating that she is not apologizing for her writings or for the writings of the Apostle Paul.

“The decision of the Prosecutor General is surprising, even shocking,” Räsänen said. “The question is about the Bible’s teaching about marriage and sexuality. Ultimately, the three charges brought against me have to do with whether it is allowed in Finland to express your conviction that is based on the traditional teaching of the Bible and Christian churches.

The Bible’s teaching is, however, (that) marriage is a union between man and wife and that practicing homosexuality is against God’s will.” She went on to state that she will go to trial, “…with a peaceful and brave mind, trusting that Finland is a constitutional state where the freedoms of speech and religion…are respected.