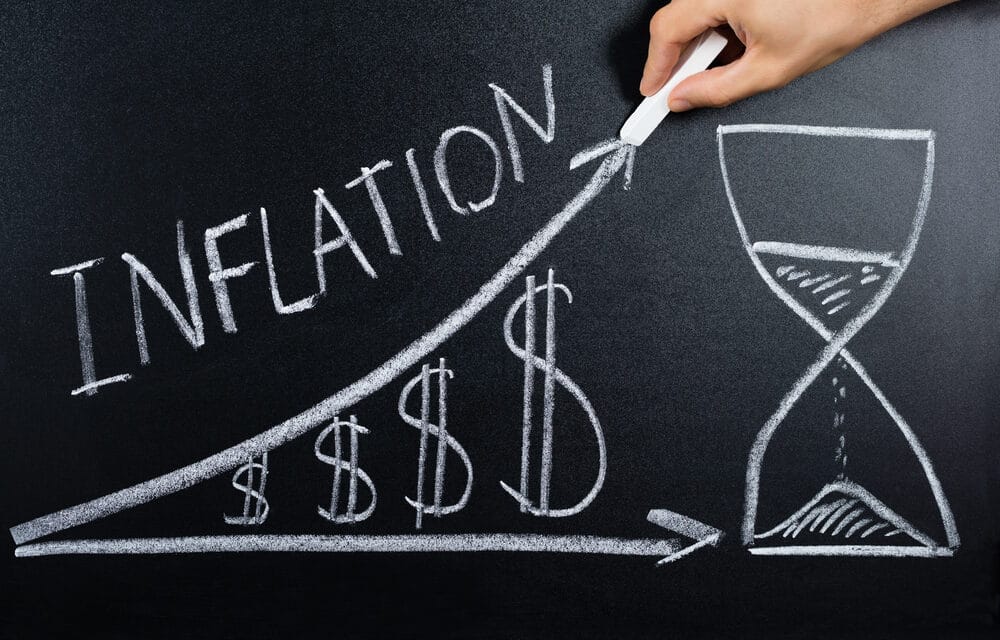 (OPINION) ETH – Signs of inflation are picking up speed with a mounting number of consumer-facing companies warning in recent days that supply shortages and logistical logjams may force them to raise prices.

Yahoo News stated:  “The Bloomberg Commodity Spot Index, which tracks 23 raw materials, has risen to its highest level in almost a decade. That has pushed a gauge of global manufacturing output prices to its highest point since 2009, and U.S. producer prices to levels not seen since 2008, according to data from JPMorgan Chase & Co. and IHS Markit.

JPMorgan analysts also estimate non-food and energy import prices in the biggest economies rose almost 4% in the first quarter, the most in three years. “Risk clearly leans to the upside in the current environment,” said John Mothersole, pricing and purchasing research director at IHS Markit.

“The surge in commodity prices over the past year now guarantees higher goods-price inflation this summer.” The ripple effect of this is causing nearly everything at the store, from beef and cereal, to fruit and veggies to soar. Shannon Bjork, an expecting mother from Spring Lake Park, says the grocery bill in her house has raised a few eyebrows. “At the end of the total is when you’re like, ‘Holy cow, $200 for all this,’” Bjork said.

According to CBS Minnesota, The average prices in March of 2021 for pork chops and chicken breasts are both up more than 10% compared to March of 2020. Eggs and cheddar cheese are both up 6%. The Wallstreet Journal is reporting that Chicken breast prices have more than doubled since the beginning of the year, and wing prices have hit records, according to market research firm Urner Barry.

“The overall supply is constrained. That affects every part of the bird,” Wingstop Chief Executive Charlie Morrison said in an interview earlier this week. Wingstop said it is paying 26% more for bone-in chicken wings this year.  Another major problem is the fact that it seems like no one is willing to work now.

Everywhere you go you are seeing “help wanted” signs and shortages and many businesses have had to shut their doors because they have no workforce. “I keep hearing about all the unemployed people,” Martin says. “I certainly can’t find any of those folks.” Martin helps run M.A. Industries, a plastics manufacturing company in Peachtree City, Ga.

The company makes products used in the medical industry — specifically, in things like coronavirus tests and vaccine manufacturing and development. But as he struggles to keep up with demand, Martin is finding it almost impossible to find new workers.

According to NPR: “The problem is that a lot of those openings are in industries that require in-person work, like construction, delivery services or warehousing — exactly the types of jobs now being shunned by many Americans in the midst of a fearful pandemic”. I’m willing to be that the greater majority of this problem is stemmed from so many people staying at home and getting free checks from the government and have no need to show up to work.